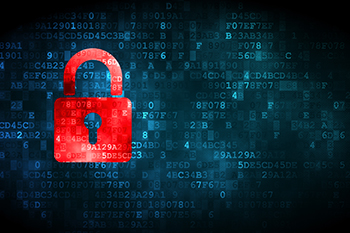 WHY: Car-Hacking Could Threaten the Federal Government. The latest Government Accountability Office vehicle cybersecurity report found that modern cars, especially those made in 2015 or later, are highly susceptible to hacking that could allow for the remote takeover of the vehicle. The problem, according to the report, is that new systems and features, some of them for safety and some for comfort, are constantly being added to new models. Given that the federal government is the owner of one of the largest fleets of vehicles in the world, the cybersecurity health of such a valuable asset pool should probably be a priority. Read the rest
[NEXTGOV.COM]

FEDERAL BUDGETS: Cybersecurity Goals to Guide Federal Software Spending. The U.S. government is on track to significantly boost spending on cybersecurity solutions. However, evolving requirements to greatly improve federal protection of information technology resources will shape that spending. In fact, federal cyberprotection goals should be augmented and significantly modified, according to recent studies of the federal market. The linkage between increased federal investing in cybersecurity and the requirements for bolstering IT protection are portrayed in two newly released reports. Find out more
[ECOMMERCETIMES.COM]

CISO: Leading By Example: the Federal CISO and Cybersecurity Collaboration. In 2015, there were 781 known data breaches in the United States, according to the Identity Theft Resource Center, exposing a staggering 169 million records. Records described as government/military accounted for 20.2 percent of those that were exposed via data breach, while healthcare accounted for 66.7 percent of compromised records. And given that many organizations do not report data breaches for fear of damaging their reputations, we know the true numbers are significantly higher. The new federal CISO will have their work cut out for them. We, as a nation, seem to be fighting a losing battle. Yet, with every challenge comes opportunity to disrupt the status quo. As the new CISO enters the volatile cybersecurity landscape, there are multiple areas in which he or she can have an impact through industry collaborations offering new technologies and innovations. Read more
[FCW.COM]