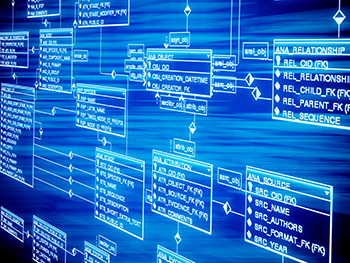 GRAPH: The Continuing Rise of Graph Databases. Graph technology is well on its way from a fringe domain to going mainstream. Take a look at the state of the union in graph, featuring Neo4j’s latest release and insights as well as data and opinions from Cloudera, DataStax, and IBM. Read more
[ZDNET.COM]

MICROSOFT: Doubles Down on Cloud Databases to Fend Off Amazon and Google. Databases are the life blood of big businesses. Companies use this key software to store and parse sales and product information. Databases underlie inventory and manufacturing systems. And that is probably why Microsoft executives spent a big chunk of time at its annual Build tech conference in Seattle talking up new database options for use in the Microsoft Azure public cloud. Read the rest
[FORTUNE.COM]

OPEN DATABASE: Steve Ballmer Builds an Open Database of Government Spending. Our leaders may be determined to make their daily dealings less transparent, but they probably didn’t reckon on bored Steve Ballmer. The former Microsoft CEO has spent more than $10 million on a new project to open up the US government budget. USA Facts, as profiled in the New York Times, is an open, searchable database that tracks where almost all of your federal, state and local tax dollars are spent. Find out more
[ENGADGET.COM]

FYI: Public Window on Financial Complaints Could Be Closing Soon. U.S. consumers filed nearly 300,000 complaints last year about their dealings with banks, credit card issuers and other financial services companies. Most of those complaints were compiled and made available for anyone to see as part of a database administered by the federal government. But Republicans working to overhaul the financial regulation law known as Dodd-Frank want to bar publication of information from that database, which industry groups have long criticized as potentially misleading and incomplete. Read more
[WTOP.COM]