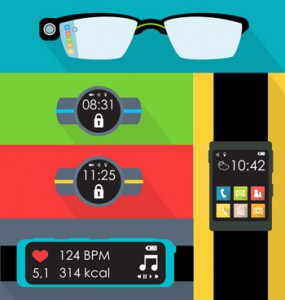 Staggering numbers, indeed, but how many of these wearables will be used in the workplace as a life-saving measure, not just for recreation or for monitoring one’s fitness and health? The percentage is probably low or non-existent at the moment. However, Robert Griffin, the new Deputy Undersecretary For The Department Of Homeland Security’s Science And Technology Directorate, has a vision that will ultimately lead to saving lives.

In a recent FedScoop article, Griffin outlined Homeland Security’s multimillion-dollar research and development project that will help create public-safety-grade wearables from existing technology over the next three to five years.

This project coincides with the relaunch of S&T’s website on November 17th, which DHS expects to help further a national conversation about the next generation of first responders. The new website will feature meetups, hackathons, webinars and challenges all geared toward new S&T directives.

The wearables project is one part of what DHS sees as a larger vision that could span decades into the future.

“The long-term vision is that fully aware, fully connected, fully integrated responder,” Griffin says. “We recognize that it could take us 20 to 30 years, maybe longer to get there. It’s not just a technology issue, it’s usage, it’s operating procedures, it’s governance, training. It’s part of the whole continuum we need to think about.”