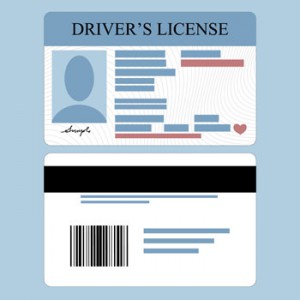 There are many cool things that exist in the world of Harry Potter—most notable is the “Daily Prophet” newspaper with the revolving, floating pictures that bring the news to life. Surprisingly, this technology now exists in the real world, and the citizens of Iowa may be the first to test it out.

According to The Des Moines Register and The Gazette, Iowa may be the first state in the nation to offer digital drivers licenses. The news was announced during a statewide budget meeting during the week of December 8th.

Currently in the development and testing phase, the digital license will be offered as an option to accompany a traditional license. Set to be unveiled sometime in 2015, the license would be stored within a smartphone app and would emulate the plastic version for the most part. However, the digital version would contain an electronic image with digital coding and a rotating photo.

DOT Director Paul Trombino joked that the photo looks like it comes from the “Harry Potter” movies, in which a wizard world’s publication displays images in motion.

“We’ve had a lot of strong interest in this. It creates quite a buzz,” Trombino said.

Iowa law enforcement officers will recognize the digital license during traffic stops; airport personnel will accept it during screenings; and it can be used whenever a driver’s license is required as a form of identification. For security reasons, the smartphone app will be password protected.

“Having this really allows people to protect their identify,” Trombino added, suggesting the technology could be expanded for other types of state licenses.

Iowa is already one of more than 30 states that allow motorists to show electronic proof of insurance during a traffic stop. Rather than digging through clutter in your glove compartment for an insurance card, you can simply hand the law enforcement officer your mobile phone.

For more information regarding Iowa’s development of digital licenses, see the complete articles in both The Gazette and The DesMoines Register.