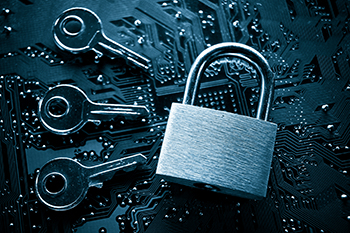 NSA: Shadow Brokers Leak Just Revealed How The NSA Broke American-Made Encryption. If the Shadow Brokers’ leak of NSA files is legit, as is now all but confirmed, they have offered a glimpse into how the intelligence agency exploited security systems created by American tech vendors. And one of the vulnerabilities has offered proof of just how the US’ finest digital spies were able to snoop on encrypted communications, in particular those provided by Virtual Private Networks (VPNs). Read more
[FORBES.COM]

APPLE: Researchers Find Another Flaw in Apple’s iMessage Encryption. Cryptography researchers at John Hopkins University have found another flaw in the encryption used by Apple’s iMessage. The good news? The flaw has already been patched; you just need to update iOS. Find out more
[GIZMODO.COM]

DoD: Pentagon Relying on a Different Kind of FBI to Fight Cyber Attacks. The Defense Department’s big data approach to cybersecurity is paying big dividends. Through better analytics, DoD’s cyber experts have seen a 500 percent increase in the number of counter measures they can apply to thwart hackers. What’s different for DoD isn’t the data, but the tools on top of the information, and the military’s cyber experts’ ability to use them in near real-time. According to Dave Mihelcic, the chief technology officer at the Defense Information Systems Agency, “One of the biggest applications today is called Fight by Indicator (FBI). FBI gives our analysts the ability to not only take the data about that attack and compare it against all known data and then be able to pick the best cybersecurity mitigation mechanism and actually directly task that mechanism. It has improved our effectiveness in being able to detect, diagnose and mitigate attacks by 500 percent.” Read more
[FEDERALNEWSRADIO.COM]

HOSPITALITY TECH: Ensuring Privacy Through Security Best Practices. Increasingly, hotels are collecting, analyzing, using, and storing guest data, including personally identifiable data (PII), to facilitate guest engagement and great service. Personal data is being harnessed in conjunction with loyalty, CRM, PMS, and other technology—and the more it is leveraged, the more vulnerable it becomes. Here are six keys to not sacrificing security while leveraging customer data for improved service and operations. Find out more
[HOSPITALTECHNOLOGY.EDGL.COM]