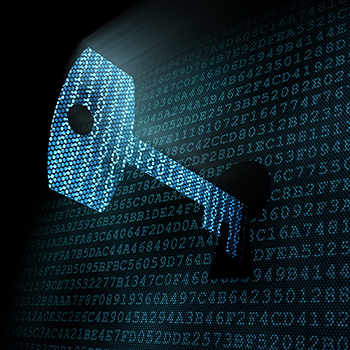 ID MANAGEMENT: What If Your Data Could Secure Itself? While the government manages and secures large, complex and often outdated legacy IT systems, as federal agencies modernize their IT, it is possible to harden systems from the inside out by encrypting and anonymizing data to minimize the potential for loss when an adversary invades. Read more
[NEXTGOV.COM]

HOW: The US Government Secretly Sold ‘Spy Phones’ to Suspects. In 2010, a suspected cocaine smuggler named John Krokos bought encrypted BlackBerry devices from an undercover Drug Enforcement Administration agent. That sort of federal subterfuge is par for the course. But in this case, the DEA held onto the encryption keys—meaning that when the government moved on Krokos and his alleged collaborators a few years later, they could read the emails and messages that passed to and from the phone. Read more
[WIRED.COM]

SECURITY: PGP Encryption Won’t Protect Your Data. But PURBs Can. You may think that encrypting your sensitive files with, say, PGP may protect your data – but you’d be wrong. Most encryption formats leak a lot of plaintext metadata, and that’s a problem. Here’s what you need to know. Read more
[ZDNET.COM]