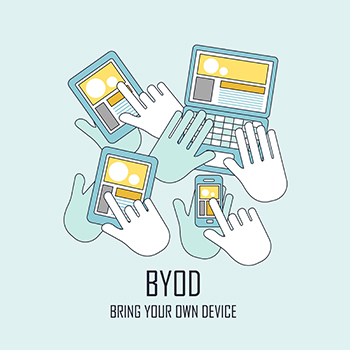 BYOD: NIST Updates BYOD Guidance for Teleworking Feds. Most agencies have some kind of bring-your-own-device policy, ranging from prohibition to qualified acceptance. However, when federal employees are teleworking, some BYOD creep can’t be helped – even if an employee is using a government laptop, they’re connecting over their personal WiFi. At the same time, instances of malware tend to spike during holidays, snowstorms and any other time people are spending more time than usual at home. To help agencies cope, the National Institute of Standards and Technology recently updated its telework BYOD guidance. Read more
[FEDERALTIMES.COM]

IT SECURITY: Federal Government Focuses on Increasing IT Security Spend. Network defenses tops the list of technologies the U.S. government plans to increase its spending on in the next 12 months, following by analysis and correlation tools, according to security vendor Vormetric’s 2016 Federal Data Threat Report. Read more
[EWEEK.COM]

CLOUD: eSignLive Added to FedRAMP-compliant Cloud Offering. The digital signature offering has long been in use at the Joint Chiefs of Staff and GSA, among other agencies. Federal agencies looking to use digital signatures in a secure cloud environment now have an option: eSignLive has partnered with a FedRAMP compliant provider in order to bring its software to the government. Read more
[FEDSCOOP.COM]

SECURITY: The Changes That Could Be Coming to Federal Cybersecurity R&D. Officials from the Department of Homeland Security (DHS) have defended the government’s Einstein cybersecurity system as well as the Obama Administration’s request for $19 billion in cybersecurity funding for fiscal 2017, a 35 percent increase from last fiscal year’s $14 billion. But as cybersecurity research and development (R&D) for federal agencies is being plotted into the next decade, current and former government officials argue that the administration needs to rethink those R&D efforts. The federal government must try and   resolve the tension between security and convenience of IT systems. Read more
[FEDTECHMAGAZINE.COM]