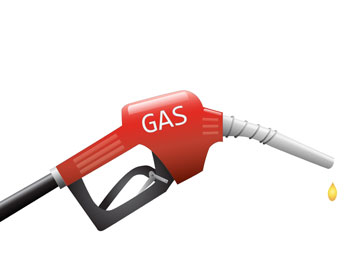 Gasoline prices have been a bone of contention for years. Baby boomers remember the massive fuel shortage during the ‘70s, and the fuel industry has not been the same since.

One town in southeastern Kentucky has taken matters into its own hands. Somerset, a fishing and boating city near Lake Cumberland (population 11,000), has opened the first city-run retail gasoline station. After years of enduring prices 20 to 30 cents higher than neighboring cities, the Somerset Fuel Center, formerly operated to service government fleets and vehicles, was converted into a retail gasoline center. The center opened to the public earlier this summer, in June.

According to The Washington Post, however, the opening has been met with mixed reviews, some even equating the venture as promoting socialism. The Post reports:

“The venture unnerved local filling station and convenience store operators suddenly competing with the city in this Republican stronghold. Critics said the government has no business injecting itself into the private sector, and one store owner branded it as socialism.”

Somerset’s mayor, strongly disagrees, and believes that the station is a welcome alternative for folks who want to pay less for regular unleaded gasoline. According to a recent Governing blog post, “The public is very concerned about cost,” says the Mayor. “We wanted to see if we could force competition into this field.”

Mayor Girdler’s cousin, State Senator Chris Girdler, vehemently disagrees (according to Governing) and wants to enact a state law that would stop cities from selling gas and other retail products. “It’s unfortunate,” he says. “It’s expanding government’s footprint into an area beyond its traditional role.”

Only time will tell what becomes of this controversial venture.

FACT: The impact of security must be ingrained in every facet of your business. It’s too important to ignore. Documentation & testing – only part of the answer. Your security program must include vulnerability monitoring. Call on Blue Mountain Data Systems for POA&Ms, security compliance, continuous monitoring, security audits, penetration testing, web filtering, risk assessment and FISMA reporting for Federal civilian agencies. Call Paul Vesely at 703-502-3416.

First U.S. City-Run Gas Station Questions Government’s Role
Tagged on: are there city-run retail gasoline stations in the US    are there US state laws that stop cities from selling gas    Blue Mountain Data Systems    how to pay less for regular unleaded gasoline in Kentucky    Lake Cumberland KY has first city-run retail gasoline station    Paul Vesely    where is Lake Cumberland Kentucky