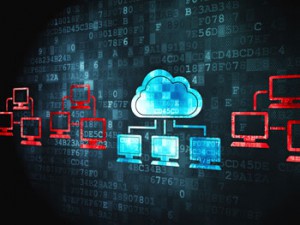 TECH TRENDS: Cloud computing is one of the 10 strategic technology trends for 2015, according to analysis from Gartner. Read now
[CLOUDCOMPUTING-NEWS.NET]

CLOUD STRATEGY: FedRAMP, Akamai, and Microsoft: Better together. Multiplying the value of its cloud strategy must be at the top of the list for every Federal agency today. Agencies should explore the FedRAMP JAB-certified Akamai Content Delivery Network and Microsoft’s FedRAMP-certified Azure cloud solution, both of which remain unique in their achievement of the FedRAMP JAB’s highest certification. Read now
[MICROSOFT.COM]

REMINDER FROM OPM: The Office of Personnel Management is reminding surviving same-sex spouses of federal retirees and employees who married before a 2013 Supreme Court decision overturned part of the Defense of Marriage Act that they can apply for retirement and death benefits through June 26, 2015. Read more
[GOVEXEC.COM]

GOVERNMENT LEADERSHIP: Celebrating what government gets right. The federal government is responsible for numerous important accomplishments due to the talented and dedicated people who have chosen to serve, but too few Americans outside or even inside government know about many of these achievements. Read more
[WASHINGTONPOST.COM]

TOXIC: Student-Loan Debt: A Federal Toxic Asset. Only about 56% of borrowers are making payments. At the peak of the mortgage crisis, 10% fell behind on payments. Read more
[ONLINE.WSJ.COM]

FROM ISIS TO FISMA: Conversation with Jim Lewis on Terror Cyberthreat, Stalled Cyber Legislation. Jim Lewis doesn’t see Congress doing much legislating on cybersecurity, at least for the remainder of the current session that adjourns at year’s end. And the nation won’t be much worse off by the inaction. He also discounts a significant cyberthreat from the terror group Islamic State. Read more
[BANKINFOSECURITY.COM]

RISK: Business Leaders’ Cybersecurity Divide. Relentless attacks from hackers have C-suites and boards of directors divided roughly into two groups, a top cybersecurity lawyer said. One is thinking “we need to spend more and do more to beef up our security.” The other is thinking: “Oh come on, if they can’t keep hackers out, what the hell are we supposed to do?” Read more
[BLOGS.WSJ.COM]