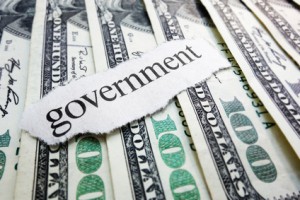 YEAR END: 5 technologies for your year-end spending. Nitin Pradhan, former CIO of the US Department of Transportation, explains the three-step process for maximizing value from year-end funds. Read more
[FEDERALTIMES.COM]

SECURITY BUG: Some Canadian government computer systems were taken offline after Shellshock security bug discovered. The Shellshock bug lets people issue commands using the Bash shell program, which is shipped with most Linux and UNIX distributions and Apple’s Mac OS X operating system. That leaves everything from personal computers to routers and many other devices that connect to the internet vulnerable to exploitation. Read more
[O.CANADA.COM]

AMAZON CLOUDFRONT: Amazon CloudFront is a web service that gives businesses and web application developers an easy and cost effective way to distribute content with low latency and high data transfer speeds. Like other AWS services, Amazon CloudFront is a self-service, pay-per-use offering, requiring no long term commitments or minimum fees. With CloudFront, your files are delivered to end-users using a global network of edge locations. Read the FAQs
[AWS.AMAZON.COM]

508 COMPLIANCE & THE CLOUD: Don’t sacrifice accessibility in move to cloud. In addition to data security, federal CIOs must not lose sight of an additional dimension of compliance – accessibility for all users, including disabled users. Read more
[FEDERALTIMES.COM]

ILLINOIS: The Cook County Land Bank is calling on the two agencies and their overseer, the Federal Housing Finance Agency, to provide a list of foreclosed homes owned by Fannie and Freddie, and then to consider donating those properties and paying for demolishing some.Read more
[CHICAGOTRIBUNE.COM]

CALIFORNIA: LA school board backs off plan to delete emails after one year. The Los Angeles Unified School District said Wednesday the board will revisit its email archiving policy a day after the board approved the purchase of new software that would automatically destroy one-year-old internal emails. Read more
[SCPR.ORG]

SURVEY SAYS: According to a recent survey by Cipperman Compliance Services, money managers and other financial service firms are not putting their money where their mouths are when it comes to compliance, with only 6% meeting or exceeding industry best practices for compliance spending. Read more
[PIONLINE.COM]

ELECTRONIC DOCUMENT MANAGEMENT: Blue Mountain Data Systems processes over 2.75M case-related documents per year for The U.S. Department of Labor. Call Paul at 703-502-3416 to discuss how we can help you create the electronic records management system you really need.