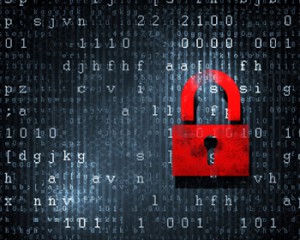 The holidays are fast approaching, and shopper safety is on the minds of consumers and business owners alike. Whether shopping online or in retail stores, people want to feel safe as they make purchases for their loved ones. As the frequency of cyber attacks on major U.S. retailers occurs more often, fear of cybercrime is a legitimate concern.

According to Gallup’s Annual Crime Poll, 69% of Americans report that they worry about the theft of their credit card information. Having a computer or smartphone hacked comes in at a close second (62%), and both fears have topped the list beating out such serious crimes as having one’s home burglarized (45%), getting mugged (31%), and getting murdered (18%).

In a recent article on Gallup’s website, the crime poll results were described in more detail. In all fairness, questions for this year’s poll were updated to include the subjects of credit card information theft and hacking. Therefore, 2014 is the first year that these types of questions were asked. The poll was conducted via telephone, with a random sample of 1,017 adults, aged 18 and older, living in all 50 U.S. states and the District of Columbia.

According to Gallup, Americans are more worried about their credit card information being hacked from stores than about any other crimes. In addition, a relatively high percentage of people say they have been victims of this type of hacking. Retailers may see different behaviors in consumers in the coming months and years as a result. For example, consumers may avoid stores that have been hacked and may begin paying more frequently with cash or prepaid cards to protect their identities. Consequently, some credit card companies are switching to security chips (rather than magnetic strips) to protect their customers and themselves. Customers are also cautioned to check their accounts on a regular basis for suspicious activity.

For more details regarding the Annual Crime Poll, read the full article on the Gallup website.