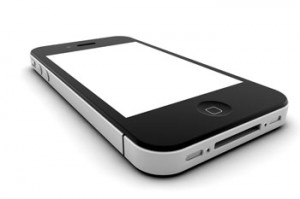 MOBILE APPS: JavaScript Goes Native For iOS, Android, And Windows Phone Apps. NativeScript, a Telerik technology for building multiplatform native mobile apps from a single code base, is set to go to a 1.0 release in late April. Telerik is launching a beta program for the open source NativeScript. Read more
[INFOWORLD.COM]

DEVELOPERS: Microsoft Adds CORS Support To Aid JavaScript Development. Microsoft recently announced that the OneDrive for Business and Sites APIs now support cross-origin resource sharing (CORS). The new functionality enables JavaScript developers to interact with Office 365 APIs. In addition to OneDrive and Sites, Mail, Calendar and Contacts are next in line for CORS support. The release means that developers can call Office 365 APIs from both the server and client sides. Read more
[PROGRAMMABLEWEB.COM]

NODE ON MOBILE: Build Mobile Apps with JavaScript and the Node.js Ecosystem. Over the past few years, Node.js has grown to be widely popular for developing web applications. The primary reason for this is that it enables front-end developers to write server-side code using JavaScript. Some of the potential benefits of this are smaller development teams and faster development cycles, in part because it’s no longer necessary to maintain separate teams of back-end and front-end developers. Read more
[HUFFINGTONPOST.COM]

DEFENSE: Can The Pentagon Keep Pace On Biometrics? Biometrics are critical to the Defense Department’s global intelligence-collection efforts. U.S. soldiers in Afghanistan, for example, take iris scans of field subjects and send the data to a DOD-wide database, where it is checked against a list of suspected terrorists. Read more
[FCW.COM]