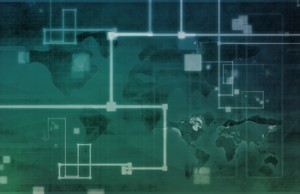 WHITE HOUSE MANDATE: Why Agencies Have ‘Barely Scratched The Surface’ With Shared Services. While some top federal managers are struggling to implement the Obama administration’s shared services mandate, other are becoming savvy about new practices to harness such services, according to a survey of federal chief financial officers. Read more
[FCW.COM]

MASSACHUSETTS: Want a Tax Credit With That Popcorn? There is no shortage of data indicating that governments go overboard when it comes to providing businesses with economic-development tax incentives. If Massachusetts’ new governor has his way, that state will start to do something about it. Read more
[GOVERNING.COM]

ACQUISITION: No Trust = No Procurement Reform. On Feb. 2, 2011, Daniel Gordon, the Administrator for Federal Procurement Policy at the Office of Management and Budget (OMB), issued an eye-opening memorandum titled “Myth-Busting: Addressing Misconceptions to Improve Communication with Industry during the Acquisition Process” to bolster procurement reform. Both industry and government celebrated the document as a catalyst for deep and lasting improvement. Read more
[GOVERNMENTCIOMAGAZINE.COM]

MEMORY SCANNING: Mozilla Releases Open Source Masche Forensics Tool. Mozilla has released an open source memory forensics tool that some college students designed and built during the company’s recent Winter of Security event. The new tool, known as Masche, is designed specifically for investigating server memory and has the advantage of being able to scan running processes without causing any problems with the machine. Read more
[THREATPOST.COM]

ADVANCED THREATS: Hackers Breaking New Ground With Ransomware. The enormous success which hackers have had extracting millions of dollars from individuals and businesses using ransomware appears to be driving more sophisticated tools and tactics from them. Read more
[DARKREADING.COM]