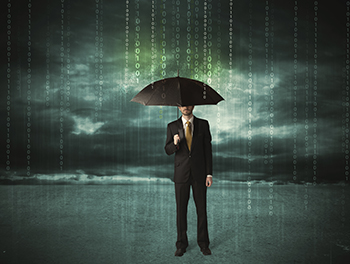 FEDERAL AND STATE IT

GOVERNMENT TRANSITION: Innovation Will Push IPv6 into the Home Stretch. With the pool of IP version 4 (IPv4) addresses about to run out, the federal government expected its agencies to be much further along in their deployment of IPv6 infrastructure. After all, most new Internet users access government resources via IPv6. However, many agencies, flush with IPv4 addresses but tight on staffing and budget, still don’t feel the urgency. Read more
[FEDTECHMAGAZINE.COM]

WHITEPAPER: Transforming The Citizen Experience. Smart, Internet-enabled service delivery from companies such as Amazon and Netflix have changed the way citizens expect to interact with the government. The White House has asked federal managers to learn from the private sector and deliver world-class customer service to citizens. Read more
[FEDERALTIMES.COM]

CRYPTOCURRENCY: How Will BitLicense Pan out for New York? The initial draft of BitLicense was introduced in July 2014, and since then it has undergone some amendments to become what it is now. The initial draft was heavily criticized for being too stringent, up to an extent that it could smother the upcoming digital currency industry to death. The authorities made amendments to address the issues raised about it and in the end, only few of these issues were resolved. Read more
[NEWSBTC.COM]

WINDOWS 10 REALITY CHECK: Separating Fact From Fiction. It’s time to clear up common misconceptions about Microsoft’s latest, evolving version of its flagship OS. Perhaps not surprising, there’s quite a bit of misinformation floating around, some of it harmless, but some of it potentially damaging to any decisions you make about Windows 10. Read more
[INFOWORLD.COM]

VIRTUAL REALITY: Microsoft’s Oculus Partnership Is A Very Clever Move. Oculus revealed the final version of its Rift virtual reality headset recently, but Microsoft managed to steal the show. The company surprised the world by announcing a partnership with Oculus to bundle an Xbox One controller with every Oculus Rift and the ability to stream Xbox One games to the VR headset. Read more
[THEVERGE.COM]

WEB BROWSERS: Microsoft Deletes Older Ask.Com Browser Toolbars, But Ignores Oracle’s New Crapware. Microsoft took what appeared to be a shot at Oracle’s wallet when it switched on search-and-destroy in its security software for older versions of the Ask browser toolbar, which has long been bundled with Java even in the face of users’ complaints. Read more
[COMPUTERWORLD.COM]

TOUCHSCREEN TECH: This Is Microsoft’s Giant, $20,000 Tablet. The Microsoft (MSFT, Tech30) Surface Hub is a cross between a super-sized tablet and a whiteboard. The expansive 84-inch Hub has a “4K” ultra high-definition display and will cost $20,000. The smaller 55-inch version has a 1080p display and will start at $7,000. Read more
[MONEYCNN.COM]