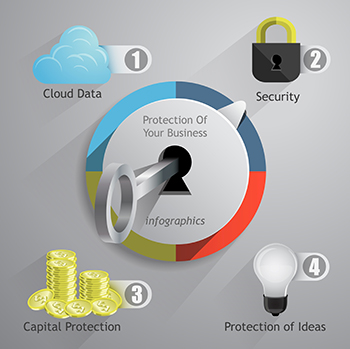 DATA PROTECTION: Software Developers Are Failing To Implement Crypto Correctly, Data Reveals. Despite a big push over the past few years to use encryption to combat security breaches, lack of expertise among developers and overly complex libraries have led to widespread implementation failures in business applications. The scale of the problem is significant. Read more
[CSOONLINE.COM]

STUDY RESULTS: Executives Expect Digital Disruption to Displace 4 in 10 Incumbents by Industry Within Next Five Years. he effect of digital disruption on business has the potential to overturn incumbents and reshape markets faster than perhaps any force in history, according to a new report released today by the Global Center for Digital Business Transformation (DBT Center). Read more
[MARKETWATCH.COM]

FOOD FOR THOUGHT: Buy Time, Meet Urgent Security Needs With Temporary CISO. At a time when cybersecurity threats continue to increase in sophistication and prevalence, there’s a real shortage of experienced, skilled security leaders. What’s a company to do? One thing to consider is “renting” a chief information security officer (CISO) or other senior security executive. Read more
[DELL.COM]

BYOD: CISOs Go From ‘No’ to ‘Know’. This year’s Eskenzi PR annual CISO forum attracted the security leaders of some of the largest UK organizations. Household names from insurance, banking, accounting, pharmaceuticals and media were all represented, as well as a large service provider and one true 21st century, born-in-the-cloud business. Read more
[INFOSECURITY-MAGAZINE.COM]

SECURITY: How, Why And Whether To Enter The New VPN War Zone. A Virtual Private Network (VPN) is not an easy concept to understand or, once understood, to explain. The name is far from self-explanatory, and renaming it to something more approximate to what it is most popularly used for these days — such as ‘Online Country Changer’ — does not respect, for instance, the legitimate ways that businesses use VPNs – often to connect to locations only ten feet away.Read more
[THESTACK.COM]

THE V.P.N.: Treading Carefully in the 21st Century. The World Wide Web becoming the 21st century version of Central Park after midnight, increased security protocols have been invented and initiated. One of the most reliable and frequently used is the Virtual Private Network. Read more
[HUFFINGTONPOST.COM]

PEW STUDY: Ten Low-Tech Ways To Protect Your Privacy Online. Despite the seemingly endless hack attacks, and a recent Pew study showing that Americans feel powerless to protect themselves against intrusions on their online privacy, few Americans do much in the way of adopting privacy enhancing measures. Read more
[CNBC.COM]

HACKTIVISM: Even With A VPN, Open Wi-Fi Exposes Users. By now, any sentient IT person knows the perils of open Wi-Fi. Those free connections in cafes and hotels don’t encrypt network traffic, so others on the network can read your traffic and possibly hijack your sessions. But one of the main solutions to this problem has a hole in it that isn’t widely appreciated. Read more
[ARSTECHNICA.COM]