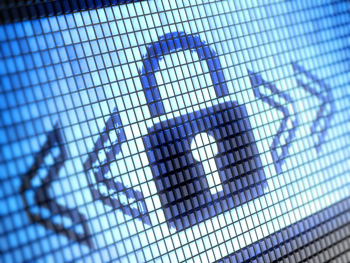 CORPORATE SECURITY: Why Most Cybersecurity Activity Happens Outside the CISO’s Office. Most corporate cybersecurity efforts happen outside the official security department, says James Kaplan, a partner at McKinsey & Co. and co-author of “Beyond Cybersecurity: Protecting Your Digital Business.” Critical cybersecurity work touches all areas of a company, including risk management and application development, Mr. Kaplan said. Read more
[WSJ.COM]

BEST PRACTICES: CIO And CISO Summit Offers Hard Dose Of Transformation Reality. Information technology and IT security leaders are desperate for advice, funding and resources to help them in the battle for security supremacy. It was that mission that just brought dozens of CIOs and CIOs to Boston for the CIO/CISO Summit. Read more
[FIERCECIO.COM]

THE CIA PRINCIPLE: What Hedge Fund CISOs Need To Consider When Appointing A SaaS Provider. One of the problems that hedge fund CISOs face today is making sure that the level of certification they put in place to protect their network is commensurate with the size of the firm, and, importantly, the perceived level of threat to a fund’s assets. Read more
[HEDGEWEEK.COM]

DATA PROTECTION: Government Ranks Last In Fixing Software Security Holes. Three-quarters of all government Web and mobile applications fail their initial security reviews, making it the worst-performing vertical — and government agencies are also the slowest at fixing vulnerabilities, according to a new report released by Veracode. Read more
[CSOONLINE.COM]

CALIFORNIA: State’s Commercial Drone Industry Is Taking Off. As the largest American maker of consumer drones, 3D Robotics Inc. sees big opportunities in selling mini-helicopters with cameras, sensors and whirling propellers that buzz like angry hornets. The Berkeley company expects to sell thousands of the pizza-sized drones — for about $1,000 each — at home and abroad this year. Read more
[POSTBULLETIN.COM]

CRYPTOGRAPHY: NIST Provides Government with New Standards for PIV Cards. The National Institute of Standards and Technology (NIST) updated the technical specifications for the security cards federal employees and contractors use to access computers and facilities. The updates to the government’s Personal Identification Verification (PIV) Cards focus on credentials and technical cryptographic details. Read more
[FEDTECHMAGAZINE.COM]

PROJECT MANAGEMENT: Accelerating Your DevOps Journey In The Public Sector. In the public sector, programs can run slowly and inefficiently. The government’s information technology systems are growing more outmoded while the public’s expectations about technology, speed and delivery are rising. As the private sector pushes IT boundaries and experiments with improved services… Read more
[GOVLOOP.COM]