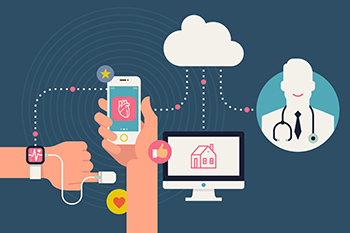 MICROSOFT: Releases Office for Mac 2016, Pledges Better Support for OS X. Microsoft is notorious for leaving Office for Mac users languishing for years between app updates. Now, five years after the last Mac edition, the company is officially releasing Office for Mac 2016 to subscribers of Office 365, and promises that the Mac will be less neglected in the future. Read more
[WSJ.COM]

USEFUL GADGETS: Glasses That Help You Sleep Better. Tired? Of course you are. According to an amazing array of studies, we’re all a lot more exhausted than we used to be. Blame our modern lifestyle, experts say, with our decreased activity levels, insufficient time outdoors exposed to daylight and increased screen time. Read more
[OZY.COM]

SAFE CITIES: New York City Asks Google Maps To Discourage Left Turns. Seventeen pedestrians and three bicyclists were killed in the city last year by vehicles making left-hand turns, according to WNYC data.
To help reduce the number of deaths, several NYC officials reportedly wrote Google a letter on July 1, asking it to include an option on Google Maps that reduces the number of left-hand turns suggested by the navigation app when driving to a destination. Read more
[MASHABLE.COM]

WRIST READY: The Future For Wearable Growth Will Be In The Workplace. Business, not consumers, will grow wearables sector. Wearables in the workplace may not have the media profile enjoyed by their consumer siblings, but the market for business-facing devices is expected to reach $8.5 billion by 2020, says a recent report. Read more
[APPLAUSE.COM]

PREDICTIVE ANALYTICS: SAP Kills Two Birds With One Stone. Global software giant SAP SE recently announced that its Predictive Analytics Software has been upgraded to include integration for big data and Internet of Things (IoT) analytics. The stronger integration of SAP HANA analytics with IoT serves the increasing number of customers that apply analytics to the enormous amount of data generated in IoT applications. Read more
[FORBES.COM]

BEST PRACTICES: Is Big Data Analytics Good Or Evil? Given the NSA scandal, regular data breaches and even stories of TVs spying on private conversations, it is not surprising that the public is becoming more distrustful of data practices. Among Americans, 91 percent agree that consumers have lost control over how personal information is collected and used by companies, and 61 percent want to do more to protect their data online. Read more
[VENTUREBEAT.COM]

HOW-TO: Hadoop Keeps Even Small Businesses In the Loop for Big Data Analytics. Every company that conducts physical and electronic transactions has access to big data, but it was not until recently that corporate leaders began to fully recognize big data’s potential to help them to forecast trends needed to improve competitive advantage.
Read more
[BUSINESS2COMMUNITY.COM]

EXPERT ADVICE: How To Manage Projects In Predictive Analytics. In the previous five years, the analytical scene has been dominated by the prediction that we would soon experience an important shortage of analytical talent. As a result, academic programs and massive open online courses (MOOCs) have sprung up like mushrooms after the rain, all with the purpose of developing skills for the analyst… Read more
[PREDICTIVEANALYTICSWORLD.COM]