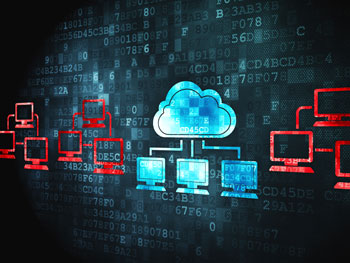 DOCUMENT MANAGEMENT: Still Dreaming of the Paperless Office? According to AIIM’s latest study, ‘Paper-Free Progress: measuring outcomes’, many companies still have desks piled high with paper. Only 17% of respondents said they work in what can be described as a paper-free office. A staggering 40% still use paper for filing “important stuff”, and 56% are wedded to signatures on paper for contracts and order forms. This is despite around half of organisations (49%) saying they are decreasing paper consumption. Read more
[CTOVISION.COM]

SECURITY FIXES: Cloud Users Should Prep For a New Wave of Security Fixes. Some cloud providers – thus far IBM SoftLayer and Linode – have alerted customers about hurried-but-planned updates to their cloud infrastructure to come this week. The culprit appears to be another vulnerability to the Xen hypervisor that many cloud providers rely on to pack lots of workloads onto shared computer servers. Read more
[FORTUNE.COM]

CIOs: 3 CIO Insights on Cloud, Security and Mobile. At a recent Government Technology Research Alliance Summit, one of the most discussed topics was the adoption of new technology like cloud computing and mobile applications, and the dire need for the federal government to share and collaborate on security data governmentwide. The consensus seemed to be that without that collaboration, there is no united front, and some agencies are always going to be falling behind. Read more
[NEXTGOV.COM]

FBI: Renews Warnings on Terror and Encryption, With No Clear Solution in Sight. Lawmakers face dueling security concerns as tech companies warn any backdoor access to encrypted data will pave the way for cyber attacks. In the wake of the Paris and San Bernardino terror attacks, a long-simmering debate over the
security risks of terrorists using encryption has come to a boil. Speaking before Congress last week, FBI Director James Comey reiterated warnings that popular encrypted communication apps are making it difficult for law enforcement officials to monitor suspected criminals and terrorists. Read more
[FASTCOMPANY.COM]

SSL: Testing Your SSL Encryption Can Provide Important Security Insights. Since the Heartbleed vulnerability of 2014, more IT managers have been concerned about the integrity of their SSL encryption, TLS services and associated supporting code libraries. And while most SSL technology vendors have patched their servers since then, there are still many ways to take advantage of this encryption protocol that you should be aware of. A new series of free SSL server tests from High-Tech Bridge can help highlight any problems and potentially show you what is going on with how you encrypt your Internet traffic. Read more
[SECURITYINTELLIGENCE.COM]

SECURITY: The Government Really Doesn’t Seem to Like Encryption. Cryptographers, civil libertarians, and privacy advocates have spoken loud and clear about how weakening encryption will make online communications and e-commerce more vulnerable (and make tech companies less competitive economically). But the war against crypto rages on in the wake of terrorist attacks in Paris and San Bernardino. Read more
[WIRED.COM]