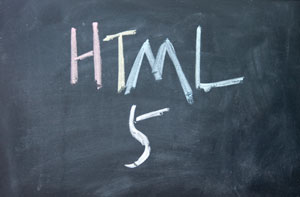 HTML5: Introduction to Service Worker. A service worker is a script that is run by your browser in the background, separate from a web page, opening the door to features which don’t need a web page or user interaction. Read more
[HTML5ROCKS.COM]

WHAT IF: Hemingway Wrote JavaScript – A creative programming exercise. Twitter engineer Angus Croll had a dream where he gave 25 literary figures an assignment to solve a common coding exercise with JavaScript, and, to his surprise, they were (almost) all able to write workable solutions. Read more
[EMBEDDED-COMPUTING.COM]

VISUAL STUDIO 2013: Has JavaScript Powered Macros. Many popular development environments offer a scripting language or similar method of automating common tasks to make ease life for the developer. The Visual Studio Platform Team has released a new extension for Visual Studio 2013 that will allow developers to record and playback macros from within the editor. Read more
[INFOQ.COM]

FLOW: A static type checker for JavaScript. If your biggest objection to JavaScript is that it is dynamically typed, then Flow from Facebook might be just what you are looking for. Read more
[I-PROGRAMMER.INFO]

OPEN SOURCE: Pure JavaScript Meteor 1.0 is an open source platform for building web and mobile apps in pure JavaScript. Meteor apps have “live-updating interfaces” to allow users to see information and collaborate with each other in real time, have touches like dialog boxes, and popups that feel more like desktop apps than websites. Read more
[DRDOBBS.COM]

PHP: The venerable server-side scripting language is famous for its use in Web development. First released in 1995 by Rasmus Lerdorf, it has been leveraged by the likes of WordPress and Facebook and reportedly is used in 82 percent of websites whose server-side programming language is known, according to W3Techs. The language is slightly behind Java in the PyPL Popularity of Programming Language index, and it ranks sixth in the rival Tiobe index. A high-performing upgrade, PHP 7, is due in 2015. Like any technology, however, it has its devotees and bashers. Here’s why advocates swear by PHP and why some dissenters might swear at it. Read more
[INFOWORLD.COM]

CISOs: Chief information security officers hard to find — and harder to keep. The position at a large company that protects against IT security breaches is known as a chief information security officer. Experts say these jobs are becoming increasingly difficult to fill. Little-known just a decade ago, CISOs today are worth their weight in gold now and hard to keep. Perhaps more surprising, the position is still not universal at large corporations, but it should be. Find out more
[USATODAY.COM]

ANDROID: Cheap Android tablets have cut-rate security. When it comes to Android tablets, you get what you pay for — even during holiday sales. Android tablets costing substantially less than $100 are far more likely than more expensive models to have gaping security holes and other serious flaws, according to researchers from San Francisco-based mobile-security company Bluebox Labs. Find out more
[YAHOO.COM]

SLIDESHOW: Top cybersecurity predictions of 2015. What cybersecurity trends can we expect to see in the coming year? Read more
[ZDNET.COM]

GAO: Making the business case for cybersecurity. Cybersecurity has been one of the fastest growing sectors in the federal government over recent years. It’s a 24/7/365 job as threats are constant in an online world. In fact, the Government Accountability Office reported in June that “the number of cyber incidents reported by federal agencies increased in fiscal year 2013 significantly over the prior three years.” One of the best ways to justify cybersecurity investment is to develop a business case through the Capital Planning and Investment Control (CPIC) process. And the best time to finesse business cases through CPIC is right now. Read more
[FEDERALTIMES.COM]