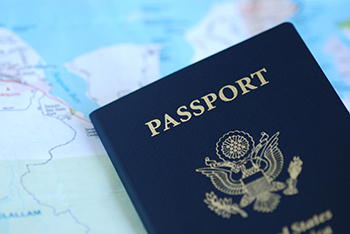 U.S. STATE DEPARTMENT: The U.S. State Department is About to Take Away Your Extra Passport Pages. For frequent travelers, there’s nothing more impressive than a well-stamped passport, with every page filled with multicolored inks, dates and destinations. But if you’re down to your last blank page, you probably want to add “request new visa insert” to your December to-do list. As of January 1, 2016, the U.S. State Department will no longer issue additional passport pages due to its own security concerns. Read more
[ROADWARRIORVOICES.COM]

CYBERSECURITY: Asking DHS to Hack Your Systems. The Department of Homeland Security is home to a broad range of cybersecurity missions — including, apparently, network assessments and penetration testing for certain private-sector companies. Brian Krebs, author of the popular Krebs on Security blog, reported on Dec. 1 that DHS’ National Cybersecurity Assessment and Technical Services (NCATS) have been “quietly launching stealthy cyberattacks against a range of private U.S. companies — mostly banks and energy firms. These digital intrusion attempts, commissioned in advance by the private sector targets themselves, are … designed to help ‘critical infrastructure’ companies shore up their computer and network defenses against real-world adversaries.” Read more
[GCN.COM]

CIOs: How to Help Federal CIOs Do More for Accessible Tech. According to Karen S. Evans, national director of the U.S. Cyber Challenge, the Obama administration should seize the opportunity to align regulations currently under review, giving federal CIOs the tools they need to champion accessible technology and the policies that govern it. Read more
[FEDERALTIMES.COM]

DEPARTMENT OF TREASURY: Seeing Fruits of IT Reforms Ahead of FITARA Implementation. The true gauge of the Treasury Department’s IT reform efforts can’t only be measured by the “D” grade on the report card recently issued by the House Oversight and Government Reform Committee. But the fact is Treasury has spent the better part of the last year preparing for the changes that came with the new Federal IT Acquisition Reform Act (FITARA). Sonny Bhagowalia, Treasury’s chief information officer, said he’s taking an approach that is part governance and part operational improvements. Read more
[FEDERALNEWSRADIO.COM]

SEATTLE: Begins Three-Year IT Consolidation. Over the next three years, Seattle will consolidate its disparate IT departments into a new agency, called Seattle IT, and city officials expect big things from the change. Read more
[GOVTECH.COM]

US COUNTIES: New Interactive Tool Provides Key County Info. The NACo County Explorer is a web-based visualization tool that provides key information on a wide variety of topics that are summarized at the county-level. An interactive map allows users to explore a variety of indicators, such as population density, median household income, and number of endangered and threatened species. County profiles are provided to highlight data and information related to key federal policies and legislation. Read more
[COAST.NOAA.GOV]

LOCAL BANKS: These Cyberthreats May Be Coming to a Local Bank Near You. A common consumer of news might assume that financial services hacking incidents are just a big-bank problem. Cyberintrusions of the largest institutions by sophisticated criminals and potentially foreign governments are well documented. But community banks of every stripe should be on alert for a genus of attacks meant more for smaller institutions than bigger ones. On Nov. 3, the Federal Financial Institutions Examination Council issued a joint statement intended for community banks warning of the “increasing frequency and severity of cyberattacks involving extortion.” Read more
[AMERICANBANKER.COM]