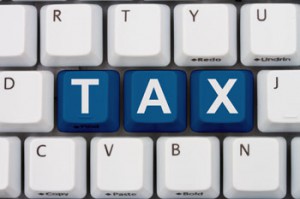 INTERNET SALES TAX: A last-ditch push by about 30 Republicans to convince House Speaker John Boehner to allow lame-duck action on an online sales-tax measure failed Wednesday, but those attending the closed meeting said he is promising to revisit the issue early next year. Read more
[CIOBRIEFING.COM]

COMMERCE: Looks like innovation support is in demand. What do you get when you take a $15 million Regional Innovation Strategies program and add 254 applicants requesting more than $100 million in support? You get a very busy Office of Innovation and Entrepreneurship and compelling evidence that this program is crucial. Read more
[COMMERCE.GOV]

DOD: The Marine Corps is partnering with industry to adopt a BYOD solution that could also benefit other security-conscious sectors. What we’re trying to do is a forming between government and our industry partners to try to get to this desired end state,” said Rob Anderson, chief of Command, Control, Communications and Computers-Vision & Strategy Division at Marine Corps Headquarters. “I believe that our industry partners are realizing that if we can crack this nut on how to do personal devices on a government network, it’s going to open that aperture up for a very large segment that’s not even touched right now.” Legal organizations and medical and financial institutions could also benefit from the investments. Read more
[FEDTECHMAGAZINE.COM]

EMAIL: Better phishing makes email an unclosable hole in security. There’s a warning in the news this week about how much to trust the electronic systems you and people at your company communicate: Not at all. Find out more
[COMPUTERWORLD.COM]

SONY PICTURES HACK: Has revealed sensitive personal information, including Social Security numbers, of more than 47,000 current and former Sony employees – some of them famous Hollywood stars. Social Security numbers appeared more than 1.1 million times in the 601 publicly-posted files stolen by hackers, according to Identity Finder. Find out more
[PCMAG.COM]