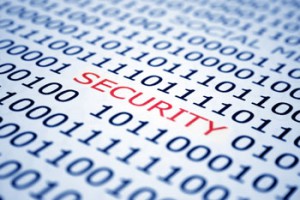 COLLABORATION: Obama and Cameron to Boost Partnership on Cybersecurity, Surveillance. President Barack Obama and U.K. Prime Minster David Cameron announced on Friday their two nations will boost their partnership on cybersecurity and surveillance, as both leaders face scrutiny on how to monitor communications for terrorist threats without damaging the tech industry by affecting consumer privacy. Read more
[USNEWS.COM]

HACKERS: Letters To The Editor: The Best Approach To Cybersecurity. The problem with today’s cybersecurity defense is a strategy still mired in its initial response to computer viruses: trying to close each vulnerability. With an ever-growing number of flaws in cyberspace that hackers can exploit to get at a person’s, a company’s or the government’s data, this strategy has become an increasingly more complex game of Whac-A-Mole that cannot hope to succeed and, with each iteration of more complex defenses, breeds more insecurity. Read more
[WASHINGTONPOST.COM]

STRATEGY: Why SEO Is Much Easier Than You Think. Search-engine optimization (SEO) has gone through a series of evolutions over the years. Older tactics, which focused on keyword-based optimization and black-hat practices, have become obsolete, and modern strategies, which focus on user experience, have come to replace them. Read more
[ENTREPRENEUR.COM]

KEYWORDS: Are They Relevant to SEO in 2015? The focus on keyword-based search engine optimization is dying quickly, as we’re witnessing the resurgence of long-tail keywords. Keywords once meant everything to a campaign; Google collected data about a site solely based on the keywords that were present on its pages and in its links, and companies could measure their success based on how they ranked for their target keywords. Read more
[SEARCHENGINEWATCH.COM]

DEFENSE DEPT: New Rules Could Speed Up DoD Cloud Migration. Until now, the Defense Department has trailed considerably behind civilian agencies when it comes to taking advantage of new commercial cloud capabilities, namely because of stringent procurement and security rules. But that’s about to change. Read more
[FEDERALTIMES.COM]

FYI: Federal & State CTOs CIOs CISOs: Daily Tech Update – February 16, 2015
Tagged on: are keywords still relevant to SEO    Blue Mountain Data Systems    Paul Vesely    what are the new rules for DoD cloud migration    what is the best approach to cybersecurity    what is the Google vs. Microsoft Zero-Day dispute    what is US and UK partnership on cybersecurity and surveillance    why SEO is much easier than you think    why where data is physically located still matters for cybersecurity