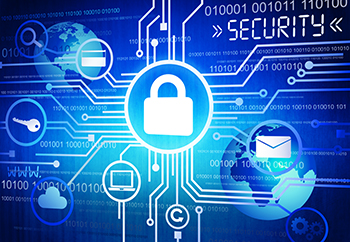 FED GOVT CYBER THREAT: Concerned by Cyber Threat, Obama Seeks Big Increase in Funding. President Barack Obama recently sought a surge in funding to counter cyber security threats, as his top intelligence official warned Congress that computer attacks were among the most imminent security challenges facing the United States. In his fiscal 2017 budget proposal, Obama asked for $19 billion for cyber security across the U.S. government, an increase of $5 billion over this year. Read more
[REUTERS.COM]

HACKERS: Get Employee Records at Justice and Homeland Security Depts. In the latest cyberattack targeting the federal government, an intruder gained access to information for thousands of employees at the Justice Department and the Department of Homeland Security, but officials said Monday that there was no indication that sensitive information had been stolen. Read more
[NYTIMES.COM]

CONTRACTING DOCS: OPM Seeks to Tighten IT Security of Background Investigation Companies. Contractors that conduct background investigations for the federal government will have to report information security incidents to the Office of Personnel Management within half an hour, are required to use smartcards as a second layer of security when logging on to agency networks and must agree to let OPM inspect their systems at any time. Read more
[NEXTGOV.COM]

HADOOP: Why Most Business Intelligence Tools Fail the ‘Hadoop Test’. There are now well-known statistical techniques for dimensional reduction (e.g., principal component analysis – PCA) but there is a huge potential for even simpler techniques like automatically pointing out dimensions that correlate well with your KPIs. Read the rest
[INFORMATION-MANAGEMENT.COM]

GOVT DATA: Is the Government Hoarding Too Much Data? Keeping everything forever is a recipe for inefficiency and waste. Government databases are filled with everything from traffic data to pet-ownership statistics, and many agencies lack the necessary staff and infrastructure to maintain and analyze all of this information. Public-sector data analysts report that they spend 47 percent of their time collecting and organizing data but less than a third of their time actually gleaning actionable insights from it. Read more
[GOVTECH.COM]

DATA ANOMALIES: 4 Strategies for Finding and Interpreting Data Anomalies. When people think of a data anomaly, they often think of an error – a random blip outside of the normal scope of things that can be considered but discarded. A data anomaly, to many, is little more than a data defect. In the world of business data intelligence, however, this view is not only usually wrong, but in many cases, it can also be damaging. A data anomaly is often much more than a blip – it’s a signal. Read more
[INSIDEBIGDATA.COM]