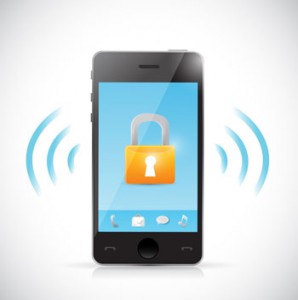 MOBILE DEVICES: FCC Prepares For Central, Text-To-911 Database. As the Federal Communications Commission moves forward on a projct that will make it easier for people to text emergencies to 911 call centers, it will build a database of Public Safety Answering Points, or PSAPs, that are ready to accept text messages. Read more
[FIERCEMOBILEGOVERNMENT.COM]

CAPITOL HILL: Overnight Tech: Battle Lines Harden On Net Neutrality. Back-to-back hearings on Wednesday showed that Democrats are largely opposed to rushing through legislation to get out in front of the Federal Communications Commission’s (FCC) February vote. Republicans, though, are getting behind the draft bill introduced by committee leaders late last week, and it’s unclear how far they will go to meet Democrats’ demands. Read more
[THEHILL.COM]

CAREERS: IoT Will Fire up the Next Generation of Engineers Says ARM and UCL. ARM is partnering with UCL (University College London) to launch a new education kit aimed at developing students’ Internet of Things (IoT) technical skills. The aim is to encourage more graduates to stay in Science, Technology, Engineering & Maths (STEM) related professions as statistics suggest half leave the sector to pursue careers in unrelated areas. Read more
[BUISNESSWIRE.COM]

BUSINESS: Personal IT Resiliency Planning To Backup Your Life. We talk about business continuity, disaster recovery, and overall resiliency for organizations of every size. But what about for you and me—as individuals. Read more
[FORBES]

KIDS: 7 New Tech Gadgets Every Parent Needs to Know About. It’s stressful enough being a new mom, right? Parents today need every bit of help they can get and luckily, CES was full of gadgets for babies, kids and the whole family. Read more
[HUFFINGTONPOST.COM]

CONSUMER ELECTRONICS: Smart TVs Give Waning Mobile Operating Systems A Second Lease Of Life. For several years, the smartphone operating system market has been a two horse race between Google Android and Apple iOS. Amid a slew of 4K TV announcements at the Consumer Electronics Show in Las Vegas, it emerged that many of these mobile operating systems are being repurposed for smart TVs. Read more
[TELEGRAPH.COM]