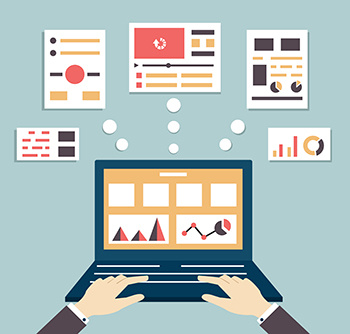 NETWORKS: 5 Cybersecurity Trends to Watch for 2016. The 2015 Cost of Data Breach Study from IBM and the Ponemon Institute put the average cost of a data breach at $3.79 million, and that figure is expected to grow in the year ahead. With the right resolutions, you can drastically reduce your chances of falling prey to cybercriminals. Here are five major trends in cybersecurity that you should have in mind when updating your InfoSec plans for 2016. Read more
[NETWORKWORLD.COM]

2016 THREATS: Cybersecurity Nonprofit Addresses 2016 Threats for States, Localities. The head of the Multi-State Information Sharing and Analysis Center shares what he’s hoping to educate governments about in the new year. Read more
[FEDSCOOP.COM]

CYBERSECURITY SALARIES: Top Cyber Security Salaries In U.S. Metros Hit $380,000. Last week Forbes reported that there are over one million cybersecurity job openings in 2016. This week they take a look at the highest paying jobs in cybersecurity. Read the rest
[FORBES.COM]

16 FOR ’16: What You Must Know About Hadoop and Spark Right Now. Amazingly, Hadoop has been redefined in the space of a year. Take a look at all the salient parts of this roiling ecosystem and what they mean. Read more
[INFOWORLD.COM]

ORACLE: Despite the Rise of Open Source, Oracle Was 2015’s Fastest-Growing Database. According to a new report from DB-Engines, a site that tracks the popularity of database technologies, Oracle was not only the most widely used and discussed database in the world in 2015, it was also saw the most growth in those areas last year as well, at least by one metric. Read more
[WIRED.COM]

MongoDB: What Storage Engine is Right for You? – Part 1. Here’s a review of some of the available options for a MongoDB database storage engine and the pros and cons of each. Read more[DZONE.COM]