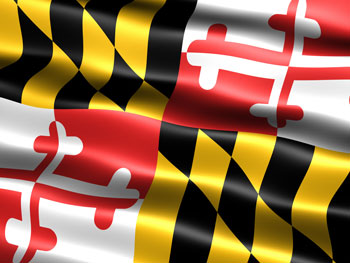 MARYLAND: Microsoft, Maryland Give Students Free Office 365. Microsoft and the state of Maryland have teamed up to provide Microsoft Office 365 and other tools at no cost to all public school students in the state. Read more
[EWEEK.COM]

US LAWMAKERS: Push Bill to Permanently Ban Net Access Taxes. A bipartisan group of five U.S. lawmakers has introduced legislation that would permanently ban Internet access taxes, with sponsors saying the bill will help keep the Internet affordable while encouraging innovation. The Permanent Internet Tax Freedom Act (PITFA), introduced in the House of Representatives last Friday, would make permanent a moratorium on Internet access taxes in place in the U.S. since 1998. Late last year, Congress extended the moratorium until Oct. 1. Read more
[COMPUTERWORLD.COM]

HHS: The Man from Google Who Came to Fix Federal IT Still Doesn’t Have His Own Website. With much fanfare last summer, the Obama administration named Mikey Dickerson the unofficial savior of federal IT projects in the post-HealthCare.gov age. Six months later, Dickerson, the head of the U.S. Digital Service team, still has no discernible Web presence. Read more
[NEXTGOV.COM]

BIG BUCKS: Federal Cybersecurity Spending is Big Bucks. Why Doesn’t It Stop Hackers? Despite paying $59 billion for data protections since fiscal 2010, the federal government couldn’t stave off hacks against the White House, State Department, Army and dozens of other agencies. Read more
[NEXTGOV.COM]

OPEN SOURCE: Will Open Source Security Be on the Federal Agenda in 2015? A bill introduced late last year could be a precursor of things to come, as lawmakers wade into more cybersecurity issues. Reps. Ed Royce, R-Calif., and Lynn Jenkins, R-Kan., introduced H.R. 5793, the Cyber Supply Chain Management and Transparency Act of 2014, on Dec. 4. The bill requires vendors to provide procuring agencies with a list of all open source and third-party components embedded in their software and demonstrate they have no known cybersecurity issues. In addition, the measure directed the Office of Management and Budget (OMB) to draft guidelines for agencies to follow in the event security risks in the software are found. Find out mor e
[GOVTECH.COM]

APPLE: Blocks tool that brute-forces iCloud passwords. Apple has fixed an issue that could have allowed attackers to launch brute-force attacks against iCloud users in order to guess their passwords. The problem came to light after a proof-of-concept attack tool called iDict was released on GitHub in early January. Find out more
[COMPUTER WORLD.COM]

2015: 4 CISO Wish List Items for 2015. With data breaches increasing in frequency, scope and severity with every passing year, the CISO has one of the most stressful jobs around. These four things could make the job less anxiety-ridden. Read more
[CIO.COM]

FYI: Federal & State CTOs CIOs CISOs: Daily Tech Update – January 14, 2015
Tagged on: Apple blocks tool that brute-forces iCloud passwords    Blue Mountain Data Systems    how to get Office 365 for free    is open source security on the 2015 Federal Agenda    Microsoft and the state of Maryland give Office 365 to all public school students in Maryland    Paul Vesely    what is on the CISO Wish List for 2015    what is the bill to permanently ban Net access taxes    what is the next-gen big data framework