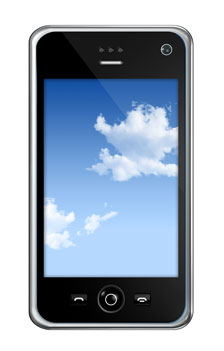 MOBILE: Don’t Overlook Mobile Devices in Security Assessments. Most governments know the importance of conducting vulnerability assessments on a regular basis to baseline the current state of IT security. But many haven’t yet updated their security auditing practices to take into account the wide variety of mobile devices in use. This leaves a critical gap in vulnerability assessment results because of all the breaches and exploitations that occur through mobile devices. Learn three ways to integrate mobility into vulnerability testing. Find out more
[STATETECHMAGAZINE.COM]

LINKEDIN: Ham-fisted phishing attack seeks LinkedIn logins. Symantec has spotted an uptick in phishing emails over the last week that purport to come from LinkedIn support and attempt to steal users’ account credentials. The emails warn potential victims of “irregular activities” on their account and say a compulsory security update is required. The emails include an HTML attachment that purports to be a form for performing the update. Find out more
[PCWORLD.COM]

OPINION: Why A Global Cybersecurity Playbook Is Critical Post-Sony. The United States can no longer
afford to respond in an ad hoc and uncertain manner to serious cyber incidents because the Internet plays a critical role in the lives of millions of Americans and billions of individuals worldwide. Instead, it must work with cybersecurity experts in the private sector and civil society, as well as other nations, to put in place robust policy frameworks and doctrines to guide both offensive cyber operations and responses to cyber-attacks. Failure to do so will leave both public and private assets unnecessarily vulnerable to future attacks. Find out more
[FORBES.COM]

EDUCATION: Colleges rush to create cybersecurity soldiers. Energy giant BP faces 50,000 attempts at
cyberintrusion a day. The Pentagon? Ten million a day. The National Nuclear Security Administration? Another 10 million. This has sparked a mad dash for cybersecurity experts – and another mad dash to recruit and educate students in that field. Find out more
[TBO.COM]

ON THE MOVE: High rate of senior IT executive departures in 2014 cuts both ways. Steve VanRoekel. Casey Coleman, Todd Park. Bernie Mazer. Simon Szykman. These were just five of the 23 federal chief information officers and other senior IT leaders who left their positions in 2014. Turnover at the CIO position is not uncommon. But the data and analysis of this exodus show a combination of encouraging and disturbing trends. Read more
[FEDERALNEWSRADIO.COM]

WEB SITES: Agencies, Want a New Website? Talk to GSA. Nearly four years after the Obama administration began an effort to ax extraneous federal websites, the White House budget office is asking the General Services Administration to take over cracking the whip. GSA’s Office of Governmentwide Policy is being given the power to set targets for consolidating agency domains and websites, according to a new memo from Lisa Schlosser, the acting federal chief information officer. Read more
[NEXTGOV.COM]

GSA: Dan Tangherlini’s Tech Legacy. When Dan Tangherlini became the administrator for the General Services Administration in early 2012, he had a reputation for fiscal leadership and management. Yet, when he departs GSA next month, he may be most remembered for the legacy of technological innovation he leaves behind. Read
more
[NEXTGOV.COM]

FYI: Federal & State CTOs CIOs CISOs: Daily Tech Update – January 16, 2015
Tagged on: Blue Mountain Data Systems    how to include mobile devices in security assessments    how to integrate mobility into vulnerability testing    how to recruit and educate students in cybersecurity    Lisa Schlosser acting federal chief information officer    Paul Vesely    what is the GSA's Office of Governmentwide Policy    what is the ham-fisted phishing attack seeking LinkedIn logins    why aren't employees fully using work software    why is turnover at the CIO position so common