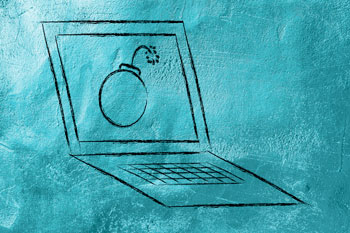 ANDROID: Google defends policy that leaves most Android devices unpatched. Last week Google defended its decision to stop patching WebView, a core component on 60% of Android hardware, on versions older than 4.4, aka “KitKat,” saying that the huge code base is unsafe to fix. Read more
[COMPUTERWORLD.COM]

CIO: CIO and IT leaders: YOU hold the burden of proof. Disconnects between IT and business leaders are an accepted part of corporate life. Solving this problem lies first with the CIO. Read more
[ZDNET.COM]

CTO: Infosec management strategies and the modern CTO. Lumenta CTO Brandon Hoffman offers his perspective on the management strategies that are essential in the information security industry. He also offers advice to those stepping into the CTO role for the first time, and talks about the evolution of network situational awareness. Read more
[NET-SECURITY.ORG]

FAA: FAA to Airlines: E-cigs in Checked Bags are Fire Risk. As the popularity of e-cigarettes increases, the FAA wants airlines to ensure passengers don’t put their e-cigarettes in checked baggage, when they can pose a fire hazard in the cargo compartment. Read more
[FAA.GOV]

U.S. PATENT & TRADEMARK OFFICE: USPTO Leverages Big Data Tools to Comb Through Patents. Michele Lee, current acting director of the USPTO, plans to integrate big data more into the patent examination process because the agency “is a numbers-driven organization like no other organization is.” Lee also states that the office was now on “sound financial footing” and would be able to more quickly reduce the backlog of patent filings. Read more
[NEXTGOV.COM]

ORACLE: ‘Highly Irregular’ Backdoor Found In Oracle Databases. Any business that runs an Oracle eBusiness Suite should look to patch their systems ASAP. That’s because there’s a nasty vulnerability that allows anyone to totally take over the database server associated with the suite. That likely means usernames, passwords and other kinds of critical data linked to financial and human resources applications are in danger. Read more
[FORBES.COM]

NoSQL: Big Data Projects: How to Choose NoSQL Databases. In this big data market where the NoSQL database is king, there are more than 100 different offerings available in various licensed models. The fact that these non-databases vary is no accident. Each distinct implementation has different strengths, weaknesses, and generally accepted uses. However, the bulk of these break down into four major categories based on some common underlying characteristics. Find out more
[INFORMATION-MANAGEMENT.COM]

FYI: Federal & State CTOs CIOs CISOs: Daily Tech Update – January 26, 2015
Tagged on: advice for the modern CTO    Blue Mountain Data Systems    how to choose NoSQL databases    Paul Vesely    USPTO leverages big data tools to comb through patents    what are the disconnects between IT and business leaders    what are the highly irregular backdoor found in Oracle databases    what are the mobile and IoT complex cyber security attacks due in 2015    why did Google stop patching Android WebView    why does FAA consider e-cigs in checked bags a fire risk    why will there be increased attacks on mobile devices in 2015