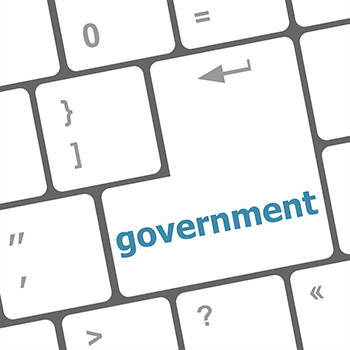 LOOKING BACK: 7 Times Technology Transformed Government. Federal Times just wrapped up its 50th year publishing the news and information that matters to federal employees. One thing is certain: in that time, technology drove a number of government transformations. Among all of the possible examples, a few stand out as key moments. Here are the seven most important technology innovations and events — in chronological order — that have shaped the way government operates today. Read more
[FEDERALTIMES.COM]

ENCRYPTION DEBATE: 8 Things CIOs Should Know. Governments want access to encrypted communications to prevent terrorist attacks, but IT professionals and tech vendors say any weakening of encryption is a threat to privacy and data security. Read more
[INFORMATIONWEEK.COM]

GOOGLE: Google Patches Five Critical Android Security Flaws. Almost all devices running a modern version of Android are affected by at least one of the five critical flaws. Of the highest-rated vulnerabilities in its sixth monthly release, Google said one nasty flaw could allow an attacker to remotely execute code — such as malware — by exploiting a flaw in how Android processes some media files. Read more
[ZDNET.COM]

ADOBE: Adobe Flash Releases Back-to-Back Critical Patches. On Dec. 28, Adobe released an update correcting 19 critical bugs that could allow an attacker to take control of affected systems. At that time, it reported that at least one of the flaws was being exploited in the wild. On Jan. 1, another critical patch was released that corrected problems loading Flash in embedded applications. Adobe recommends that those who do not have automatic updates enabled install the new version as soon as possible. Read more
[BUSINESS.FINANCIALPOST.COM]

SOFTWARE SECURITY: In Patches We Trust: Why Software Updates Have to Get Better. All too often, security patches are breaking the devices they set out to protect, and trust in the software companies to protect those devices is wearing thin. Read more
[ZDNET.COM]

CALL BLUE MOUNTAIN FOR IT SECURITY SUPPORT: Blue Mountain Data Systems is actively involved in implementing FISMA and NIST standards with Federal Civilian Agencies. Due to our extensive experience in this area, Blue Mountain has developed processes and organizational techniques to help ensure security deliverables are completed on time, and performed in the most efficient manner possible. We ensure that NIST-800-53 control requirements are treated consistently during definition, analysis, implementation, auditing, and reporting phases of a system. Find out more about Blue Mountain Data Systems IT Security Support Services. Call us at 703-502-3416.