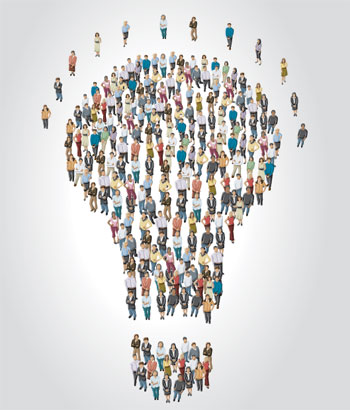 CYBER WORK SHORTAGE: How a New Social Network Could Help Close the Cyber Worker Shortage. It’s no secret the federal government and scores of private companies have struggled to attract qualified cybersecurity professionals. But the backers of a new project to create a full-scale social networking site to vet current and would-be cyber warriors say the bustling online community they envision may be the answer. Read more
[NEXTGOV.COM]

IT MANAGEMENT: 10 lessons U.S. tech managers can learn from their counterparts in China. China’s tech star is rising rapidly. Global companies — and their savvy IT leaders — would do well to keep a close eye on the country’s technological transformation. Read more
[COMPUTERWORLD.COM]

MICROSOFT: Google Discloses Microsoft Zero Day Flaw. Windows 8.1 Vulnerability Unfixed After 90 Days, Google Says. Microsoft says it’s prepping a patch for a vulnerability that exists in Windows 8.1 – and possibly other versions of Windows – that was recently disclosed by Google. The bug report has triggered both praise and condemnation for the 90-day deadline Google gives vendors to patch flaws before it publicly releases full details of a bug. Read more
[GOVINFOSECURITY.COM]

CYBERSECURITY TIPPING POINT: In the aftermath of major attacks against the likes of Target, Home Depot, Neiman Marcus and most recently, Sony, it becomes clear that we are entering an entirely new “war” against cyber crime. Those who do not change their approach will lose. Read more
[TECHCRUNCH.COM]

OPM: Issues interim rule on veterans preference. The Office of Personnel Management issued an interim rule at the end of December to address statutory changes affecting veterans’ preference. The changes are being made in response to two laws – the Hubbard Act, which broadened the category for those eligible to receive veterans preference, and the VOW (Veterans Opportunity to Work) to Hire Heroes Act, which requires agencies to extend preference in hiring to some individuals who have not been discharged from the Defense Department or released from active duty. Read more
[FEDERALNEWSRADIO.COM]

USPS: Postal Service poised to begin controversial plant closures. The U.S. Postal Service plans to begin a new round of plant closings and consolidations that will affect dozens of mail-processing centers, despite calls from more than half the members of the outgoing Senate to postpone the changes. Read more
[WASHINGTONPOST.COM]

US STATE GOVERNMENT: Save or Delete? Official Email Policies Vary By State. Every state has policies governing how long records are saved and when they can be purged—if ever. But those retention policies vary greatly across states. Often employees have to determine on their own whether to keep or delete an email. Read more
[PEWTRUSTS.ORG]

FYI: Federal & State CTOs CIOs CISOs: Daily Tech Update – January 5, 2015
Tagged on: Blue Mountain Data Systems    how to find certified cybersecurity professionals    is there a social network to attract qualified cybersecurity professionals    Karen Robinson State of Texas Chief Information Officer to retire    Office of Personnel Management to address statutory changes affecting veterans' preference    Paul Vesely    what can US tech managers learn from IT managers in China    what is the Microsoft Zero Day Flaw Windows 8.1 Vulnerability    what is the VOW (Veterans Opportunity to Work) to Hire Heroes Act    who is the state of Texas CIO