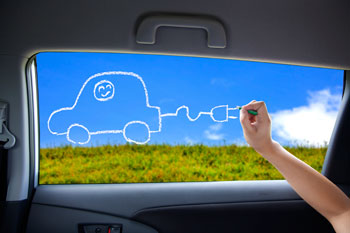 TEXAS: App Rewards Austin Drivers To Rethink The Way Home. Officials for the Central Texas Regional Mobility Authority are counting on a new mobile app to help alleviate traffic congestion in and around Austin, Texas, which ranks fourth in the nation for having the worst traffic conditions. Read more
[STATESCOOP.COM]

LEGISLATION: Clock Starts On DATA Act Implementation. The DATA Act — legislation requiring agencies to standardize financial reporting in the hopes of improving efficiency and transparency — officially goes into effect May 8, giving agencies two years to put policies in place. Due to a lack of standards in tagging financial data, it can be difficult to compare spending agency-by-agency and identify waste or misappropriated funds. Read more
[FEDERALTIMES.COM]

FROM THE HILL: House Panel Closing In On FCC Reform Vote. A House panel is readying the first votes on process reform at the Federal Communications Commission since the agency approved controversial net neutrality rules earlier this year. GOP leaders on the commission have taken an active role in FCC oversight since the commission approved net neutrality rules that would reclassify broadband Internet access under rules governing traditional telephones. Read more
[THEHILL.COM]

ENTERPRISE APPLICATIONS: IT Staff Fearful Of Cloud? Try Cloud Whispering. Business leaders see the cloud in very different ways from IT workers. Business leaders see improved speed to market; the ability to rent instead of own, especially as things relate to new ventures that might not be permanent; and the ability to rent infrequently used assets (like those for disaster recovery). Read more
[INFORMATIONWEEK.COM]

HOW-TO: The Three Fundamental Leadership Traits That Support Enduring Organizations. All healthy and fruitful relationships in life require trust at their center. If you don’t trust a person, partner, boss or organization to do what they say they will do or act with transparency and integrity, it is impossible to ever enjoy the full benefit of your relationship. Likewise, if you don’t give trust to others, they will not return it. Find out more
[FORBES.COM]

BYOD AND MOBILITY: Why We Shouldn’t Put Too Much Faith In Personal Technology For The Enterprise. Here’s the age old problem. Before the advent of BYOD, you had employees on mobile devices unsuited to them, not working to the best of their ability as a result. By utilizing their home technology for work purposes, they could get all their tasks done. Right? Find out more
[APPSTECHNEWS.COM]