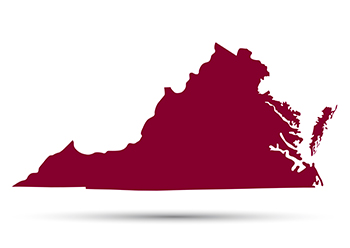 FEDERAL AND STATE IT

VIRGINIA: 5 Facts About Nelson Moe, The State’s New CIO. Virginia recently named Nelson Moe to be the state’s new chief information officer, replacing Sam Nixon. Here are five facts about the man who is taking on one of the country’s most complicated state information technology jobs. Read more
[STATETECHMAGAZINE.COM]

US GOVT: Can Washington Keep Your Data Secure? U.S. investigators say four million former and current federal employees from nearly every government agency might have had their personal information stolen by Chinese hackers in what’s being described as the biggest breach of the government’s computer networks in history. Read more
[KCCI.COM]

MARYLAND: Utilities Spread ‘Smart Meters’ Across The State, But Some Homeowners Hold Out. In August 2010, Baltimore Gas and Electric received permission from the Maryland Public Service Commission to overhaul its network of electric and gas meters that perch on the walls of homes and businesses in 10 counties and the city of Baltimore. Read more
[SOMDNEWS.COM]

WS2003 EOS: Is Your C-Suite Prepared for the Windows 2003 Apocalypse? As of July 14, Microsoft no longer issues patches for security vulnerabilities, nonsecurity defects or operational issues, for the Windows Server 2003. Additionally, any third-party products (business applications, etc.) are no longer be supported, leaving an indeterminate number of vulnerabilities that could arise within those apps. Read more
[ENTREPRENEUR.COM]

GOALS AND OBJECTIVES: How A Vision Statement Can Make IT Relevant To The C-Suite. For many organizations or departments, a vision or mission statement is de rigueur. The problem is that this statement isn’t used to drive decision-making. Properly understood and used, a vision or mission can bring a laser-like focus to a business, department or even an individual and help achieve new heights and relevance. In this article, vision and mission are treated as synonyms. Other synonyms include aim, purpose, and direction. Read more
[CIO.COM]

STATE OF SECURITY: Six Steps To Get Your C-Suite To Prioritize Cybersecurity. It’s hard out there for an IT professional. IT managers know that a lag in security preparedness will inevitably lead to disaster. The challenge is communicating this to senior management in terms they can understand that will lead them to making it a priority. Read more
[HSTODAY.US]

DATA BREACHES: $154 or 58 Cents — What’s The Real Cost Of A Breached Data Record? That’s a significant difference for companies preparing incident response plans, as well as for insurance companies, regulators, auditors and others looking to ensure that companies are adequately prepared or covered for such an event. Read more
[CSOONLINE.COM]