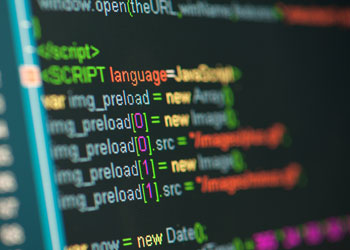 TUTORIAL: Authenticate a Node.js API With JSON Web Tokens. Authentication is one of the big parts of every application. Security is always something that is changing and evolving. In the past, we have gone over Node authentication using the great Passport npm package. Read more
[SCOTCH.IO.COM]

TROUBLESOME FEATURES: Three JavaScript Quirks That Java/C Developers Should Know. JavaScript can be a deceiving language and it can be a real pain because it isn’t 100% consistent. As it’s well known it does have bad parts, confusing or redundant features that should be avoided: the infamous with statement, implicit global variables and comparison erratic behavior are probably the best known. Read more
[SITEPOINT.COM]

CLICKJACKERS: Inside The Strange New World Of Modern Spyware. If you were lucky or, in truth, unlucky enough to download a Chrome and Firefox extension from a site called WeLikeTheWeb.com in 2014 you’d be presented with not much more than a website recommendation engine that you’d probably ignore or uninstall. The app, on its surface, was innocuous. Read more
[TECHCRUNCH.COM]

REMOTE CONTROL SYSTEMS: The DEA Is Spending Millions Of Dollars On Spyware. The Drug Enforcement Agency has been spending millions on spyware tools to take over suspects’ phones, according to an exclusive report from Motherboard. Government records show the agency paying $2.4 million for a “remote control system” that could be implanted in a suspect’s phone. Read more
[THEVERGE.COM]

MICROSOFT: Here’s More Proof That Companies Are Jumping On Microsoft Office 365 Like Crazy. Microsoft’s Office 365 has become a bona fide success in terms of the number of people starting to use it. Although there are still some concerns that it will ever be as profitable a business as the Office software it is replacing, Office 365 has officially crossed a new milestone. Read more
[BUSINESSINSIDER.COM]

WINDOWS 10 NEWS: Microsoft Releases New Windows 10, It’s The Big One. Let’s cut to the chase. What Windows 10 Build 10061 does so well is bring everything together. It brings Start, Taskbar and Action Center improvements, polishes Continuum and Task View, gives the Virtual Desktops some much needed love and there are new Mail and Calendar apps. It’s tight, smart and nicely knits new with old. Read more
[FORBES.COM]

EXPERT ADVICE: Switching Operating Systems Is Almost Never The Answer To Problems. One of the worst pieces of advice given to people looking for help and advice with computer problems is that they should switch to a different operating system. Here’s why, along with some tips for anyone who still wants to change operating systems. Read more
[ZDNET.COM]

FYI: Federal & State CTOs CIOs CISOs: Daily Tech Update – June 15, 2015
Tagged on: Blue Mountain Data Systems    find 25 jQuery plugins for custom tabs and accordions    find proof that companies are jumping on Microsoft Office 365 like crazy    how to authenticate a Node.js API with JSON Web Tokens    Paul Vesely    three JavaScript quirks that Java/C developers should know    what are clickjackers    when did Microsoft release Windows 10 Build 10061    why switching operating systems is almost never the answer to problems    why the DEA is spending millions of dollars on spyware