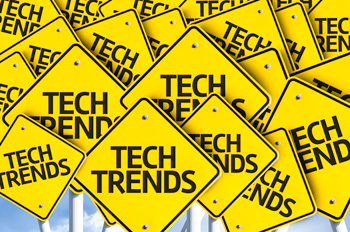 PROJECT FI: Google Rolls Out New U.S. Wireless Service. launched a new U.S. wireless service that switches between Wi-Fi and cellular networks to curb data use and keep phone bills low. The service, Google’s first entry into the wireless industry, will work only on the company’s Nexus 6 phones and be hosted through Sprint Corp and T-Mobile’s networks, Google said in a statement. Read more
[REUTERS.COM]

SMARTPHONE NEWS: Blackberry Would Team With Apple On Security. BlackBerry (BBRY, Tech30) may be a shell of its former self, but one area it still wields significant sway is security. The Defense Department uses BlackBerry devices for its security advantages, and President Obama even has his own super-charged BlackBerry. Read more
[MONEY.CNN.COM]

CHROME EXTENSIONS: Google’s New Chrome Extension Warns You if You’re Being Phished. People trying to steal your information through carefully crafted phishing websites is nothing new, but Google actively warning you if you fall foul of these attempts certainly is. Read more
[THENEXTWEB.COM]

TWO FOR ONE: Your Windows 10 Phone Is A Tiny Desktop Computer With Continuum. Microsoft just demoed its 2-in-1 Continuum feature on a Windows 10 phone giving the mobile device the ability to become a really tiny desktop computer. Continuum adjusts the UI of Windows 10 on a device from desktop to tablet mode based on what’s plugged into it. If you plug a keyboard and mouse into a tablet or phone, it goes into desktop mode. Read more
[ENDGADGET.COM]

FREQUENTLY ASKED: What Is A Zero-Day Attack, And Can Anything Defend Against It? Zero-days continue to represent one of the biggest thorns in the side of Internet security. Thorns that, while difficult to defend against directly, can still be avoided with a proper set of tools and techniques ready at your side. Read more
[DIGITALTRENDS.COM]

SECURITY STANDARDS: The First Steps To Threat Intelligence Sharing. While threat intelligence has become a standard part of the suite of tools a company uses to defend itself, the sharing of that threat intelligence is still in its infancy. You might even say we’re taking baby steps, and years from now, we’ll look back fondly on the home videos. Find out more
[SECURITYINTELLIGENCE.COM]

PARTNERSHIP: CIOs Must Partner With CMOs On Insight Teams. Customer insights are the new currency in today’s digital world, yet too many companies can’t seem to produce them quickly enough. What’s the problem? It comes back to a familiar theme.
Find out more
[CIO.COM]