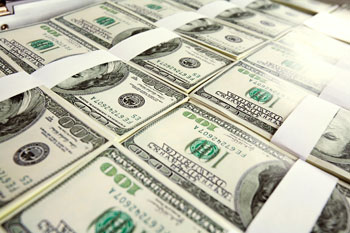 TECH AND PAY: How Technology Has Affected Wages for the Last 200 Years. Today’s great paradox is that we feel the impact of technology everywhere — in our cars, our phones, the supermarket, the doctor’s office — but not in our paychecks. Read more
[HBR.ORG]

TECH JOBS: Why People Who Put Data Scientist On Their Linkedin Profiles Earn More Money. As the White House’s first chief data scientist, Patil — widely credited with coining the term “data scientist” — has become a high-profile champion of the Obama administration’s open data efforts. The possibilities are seemingly endless for data science, Patil explained during his speech. And a lot of that has to do with ambiguous nature of the role. Read more
[NEXTGOV.COM]

STRATEGY: How A Jacksonville Tech Firm Doubled Its Workforce In Less Than A Year. What do you do when you’re a Jacksonville tech company competing in the same niche space as a Panama City tech company that’s going under? Read more
[BIZJOURNALS.COM]

SECURITY: Audits Hamper Federal Cloud Migration. It can safely be said that cloud computing is taking root in government as both use and budgets continue to rise. While adoption issues remain, the results of a 2015 Meritalk survey are encouraging: Seventy-two percent of respondents say cloud security has improved over the last year, and 67 percent believe their data is safer in cloud environments than in legacy systems. Read more
[FEDTECHMAGAZINE.COM]

CIVIL LIBERTIES: Law Banning Default Encryption Unlikely. Laws rarely, if ever, keep up with technology, but even if they could, the consequences could prove more harmful than the benefits. That was evident at a recent hearing of the House Oversight and Government Reform Subcommittee on Information Technology that addressed the encryption – and security – of mobile devices. Read more
[GOFINFOSECURITY.COM]

NASCIO 2015: State IT Leaders Dive Into Disruptive Technologies. Although government IT traditionally hasn’t been known as being innovative, that’s beginning to change with efforts from several states. Read more
[STATETECHMAGAZINE.COM]

NEW POLICY: State Regulators To Require Continuity Plans. State securities regulators have advanced a model rule outlining policies investment advisers should have in place to respond to natural disasters or the death or incapacitation of an executive. Read more
[INVESTMENTNEWS.COM]

PLANNING: Use Business Continuity To Boost Your Corporate Governance Process. Business continuity is typically viewed in the context of responding to specific events, as opposed to a tool for effectively managing an organization. But BC activities can add value to the corporate governance process. Read more
[TECHTARGET.COM]