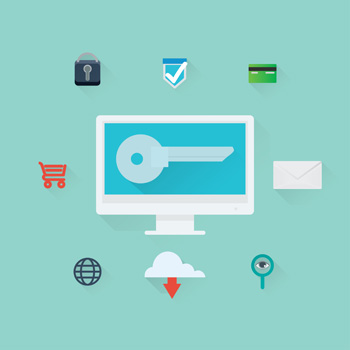 REPORT FINDINGS: Federal Cyber Workforce Woefully Inadequate. Rigid hiring processes and low pay for specialized employees have kept the U.S. government from developing the type of cyber workforce it needs to keep up with growing attacks, according to an independent analysis. The Partnership for Public Service released a report on Tuesday saying the federal government has positioned itself poorly for recruiting cybersecurity personnel at a time when the nation as a whole is already facing a shortage. Read more
[WASHINGTONPOST.COM]

OS X YOSEMITE: Rootpipe Vulnerability Still Exploitable On Patched Machines. A vulnerability in Apple OS X that was reportedly patched in the company’s OS X 10.10.3 release appears to still be open to exploitation, according to one security researcher’s findings. Patrick Wardle reported on his blog that the “rootpipe” bug was supposedly patched only for OS X Yosemite; however, Wardle wrote that he found a “novel, yet trivial way” for a local user to abuse rootpipe on patched machines. Read more
[SCMAGAZINE.COM]

THREATS: Bank Botnets Continue to Thrive One Year After Gameover Zeus Takedown. Despite the takedowns of the Gameover Zeus and Shylock botnets last year, banking botnet activity continues to persist unabated. If anything, they have become even more sophisticated and evasive suggesting that those behind these botnets have learned and adapted from the Zeus and Shylock takedowns, a report from Dell SecureWorks Counter Threat Unit said Wednesday. Read more
[DARKREADING.COM]

PRIME TARGETS: Eight Reasons Why Cyber Attacks Hit Retailers. 2014 was a rough year for retailers. It felt as though a major retailer was breached every few weeks, leaving consumers and stakeholders not only more and more frustrated, but increasingly concerned for the safety of personal information. With limited IT resources and massive amounts of customer data to protect across multiple endpoints, effectively monitoring and defending the network from vulnerabilities is no easy task – regardless of the size and financial stability of the organization. Read more
[ITBUSINESSEDGE.COM]

ENCRYPTION: Crypto ‘Front Door’ Debate Likely to Go On For Years. Much of the current spike in interest around cryptography and encryption comes directly from the revelations of Edward Snowden about the NSA’s methods, tools and tactics. That agency’s efforts to allegedly subvert cryptographic standards and defeat protocols such as SSL have drawn the attention and ire of users, security experts and cryptographers around the world. Read more
[THREATPOST.COM]

NEW TERRITORY: When Managing The Customer Experience Becomes An IT Problem. Customer experience management once fell under the general purview of the marketing department. With the advent of mobile-first and omni-channel marketing strategies, marketers can’t go at it alone and are leaning heavily on IT to help get initiatives off the ground. IT consultant Bill Bonney says there are a few things IT teams should know about their role in customer experience management. Read more
[FIERCECONTENTMANGEMENT.COM]