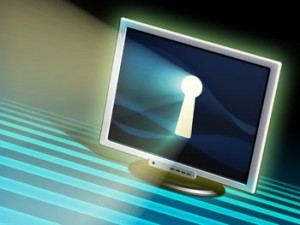 SECURITY CONTROLS: Why The 80-20 Rule Is Only Half The Cyber Battle. The 80-20 rule of information security is now widely accepted not only among cyber security professionals but among high-level executives as well. And that’s certainly a sign of progress. It means that organizations are waking up to the importance of cyber hygiene, much like the medical profession realized more than 100 years ago that the vast majority of hospital-acquired infections could be prevented if doctors simply washed their hands. Read more
[FEDERALTIMES.COM]

CYBERCRIMINALS: Report Claims Russians Hacked Sony. Russian hackers, using spear-phishing attacks, successfully breached the network of Sony Pictures Entertainment in November 2014, and continue to have on-demand access to Sony’s network, according to a new report from cybersecurity firm Taia Global. But it’s not clear if those hackers unleashed the malware attack and data leaks for which the “Guardians of Peace” hacking group has taken credit, or if the Russian team was operating independently. Find out more
[INFORISKTODAY.COM]

VULNERABILITIES: When Security Breaches Come From Within. Although a majority of businesses worldwide admit their vulnerability to insider data breaches and expect to maintain or increase their IT security and data protection budgets, the logic underlying their solutions is unfocused, according to a new survey. They are spending hard-won budget dollars to protect relatively small amounts of sensitive data accessible through BYOD initiatives when the greatest concern should be monitoring privileged inside users, contractors and partners the report states. Find out more
[CIOINSIGHT.COM]

GADGETS: 5 Top Enterprise-Grade Business Gadgets. If you’re a business professionals who travels frequently, runs presentations at work, needs to connect with colleagues, or who has to focus on getting work done before closing time, here are five gadgets you should check out. Read more
[CIO.COM]

MALWARE: RansomWeb: Emerging Website Threat That May Outshine DDoS, Data Theft and Defacements? More and more people become victims of ransomware, a malware that encrypts your data and demands money to decrypt them. A new trend on the market shows that cybercriminals will now target your website as well to get a ransom payment from you. Read more
[HTBRIDGE.COM]

SOFTWARE DEVELOPMENT: Microsoft Pushes More Open Source With .NET Engine CoreCLR. Microsoft is no stranger to open source, but recently it’s been more vocal about its internal efforts to increasingly embrace the model through its core developer tools, such as open sourcing .NET and porting the .NET runtime to Linux and Mac OS. Read more
[ZDNET.COM]

FYI: Federal & State CTOs CIOs CISOs: Daily Tech Update – March 13, 2015
Tagged on: Blue Mountain Data Systems    Data Theft and Defacements    how can you tell if security breaches come from within    Paul Vesely    RansomWeb emerging website threat that may outshine DDoS    what are spear-phishing attacks    what is Microsoft Open Source .NET Engine CoreCLR    what is the 80-20 rule of information security    why is Apple iOS targeted in massive cyber espionage campaign