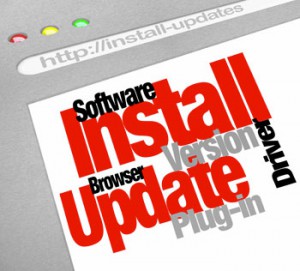 MICROSOFT: Internet Explorer Bug Puts Patched Software At Risk Of Being Exploited. Over on the ARS Technica Security and Hacktivism blog Dan Goodin is reporting that a XSS vulnerability exists that could grab login credentials and inject malicious content during an IE browsing session. Read more
[WINSUPERSITE.COM]

DATA BREACH: Phishing Campaigns Now Targeting Anthem Members. The Anthem breach is being investigated by the FBI, together with digital forensic investigation and breach-response firm Mandiant, a FireEye company. Meanwhile, state insurance commissioners and attorneys general have launched investigations into the cyber-attack against Anthem, and a U.S. Senate committee is also examining the healthcare industry’s preparedness for mitigating cyberthreats. Read more
[INFORISKTODAY.COM]

INTERNET OF THINGS: Smart Cars, TVs Show Privacy Risks. Privacy once felt guaranteed at home or in the car, but new disclosures about Internet-connected “smart” devices that can eavesdrop on conversations raise consumer fears about how the growing sector known as the Internet of Things. Find out more
[USNEWS.COM]

FYI: Wi-Fi Woes? Time to Upgrade Your Wireless Router. Your home wireless network doesn’t have to be slow and hard to manage. WSJ’s Joanna Stern takes a look at the latest Wi-Fi routers,and offers tips for making the most out of your broadband connection. Read more
[WSJ.COM]

NEW TECH: Bill Gates Working On New Microsoft Personal Agent Technology? When Microsoft founder Bill Gates moved from his Chairmanship of the Microsoft Board to his new role as “Technology Advisor,” he committed to spending up to a third of his time working on Microsoft-related projects. Read more
[ZDNET.COM]

FYI: Federal & State CTOs CIOs CISOs: Daily Tech Update – March 17, 2015
Tagged on: Blue Mountain Data Systems    Chrome and Firefox patches I need to install    how did BMW fix security flaw that left locks open to hackers    OpenSSL    Oracle    Paul Vesely    vulnerability that allows hackers to grab login credentials and inject malicious content during an IE browsing session    what are the latest Adobe    what is the Microsoft Internet Explorer XSS vulnerability    what is the phishing campaign targeting Anthem members    why it is time to upgrade your wireless router