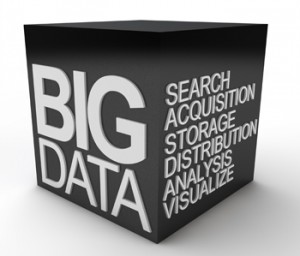 WORKFORCE: Growth In Big Data Draws Women To Statistics. From 2010 to 2013, the number of people working in statistics grew from 28,000 to 72,000, and about 38 percent of them are women, according to Current Population Survey data. In comparison, women account for about 26 percent of the computer and mathematical occupations category. Read more [FCW.COM]

ASK THE CIO: Commerce To Pilot Big Data Technology. The Commerce Department is assessing new and emerging storage technologies, and analytical tools, to improve how it makes terabytes of data accessible to the public. Read more
[FEDERALNEWSRADIO.COM]

BEST PRACTICES: 4 Ways Government Agencies Can Overcome Big Data Privacy Concerns. Driven by potentially compelling outcomes, big government data is growing. A 2013 study of federal IT officials by the TechAmerica Foundation, for example, found that big data delivers many benefits, including: Budget cuts and tax savings: Real-time analytics can help the government cut at least 10% annually from the federal budget, or about $1,200 per American, for example by detecting improper healthcare payments before they occur.
Read more
[BUSINESS2COMMUNITY.COM]

NORTH CAROLINA: NCTA Ranks N.C. No. 1 For Women In Tech. The ratio for women in technology represents the best ratio in the country, according to the association, which released the findings at its annual meeting in Charlotte. According to NCTA, women make up more than 36 percent of the state’s information technology workforce. Read more
[STATESCOOP.COM]

HUMAN RESOURCES: How Project Management Can Create A More Efficient Government. Project management refers to the process of planning, motivating, organizing and directing resources, protocols, and procedures to attain particular goals that will help in solving both scientific problems as well as problems in your day-to-day. Read more
[GOVLOOP.COM]

WINDOWS 10: Windows 10 Technical Preview for Phones. We’ve already had a first look at Windows 10 for the desktop, but now we finally get to see it in action on the phone. tWindows 10 Technical Preview for Phones is a very early release. According to Microsoft General Manager Gabe Aul, it is the earliest build of a mobile OS we’ve seen from the company. Usually only internal engineering folks get to see OS builds this early. Read more
[PCMAG.COM]

VULNERABILITY NOTIFICATION: Google May Go Public With Software Flaws Of Others. Google has given fellow tech companies an ultimatum: Patch your software vulnerabilities within 90 days or we’ll make them public. Read more
[DISPATCH.COM]

FYI: Federal & State CTOs CIOs CISOs: Daily Tech Update – March 23, 2015
Tagged on: 4 ways government agencies can overcome big data privacy concerns    Blue Mountain Data Systems    GSA seeks to include agile development services on IT Schedule 70    how many women are statisticians in the United States    Paul Vesely    what is the Department of Commerce Big Data Technology project    what is the percentage of employed men vs women in the computer and mathematical occupations industry categories    what is the percentage of women working with statistics and big data