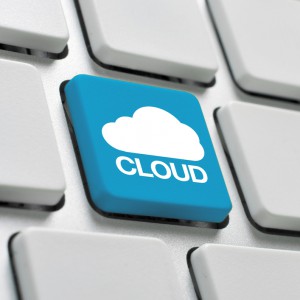 CLOUD TESTING: New Tools Cut App Development Time, Costs. There’s a confluence between cloud and mobile testing and support for it in the cloud because of the ability to create production environments without the need and configuration costs of on-premises infrastructure. Read more
[SEARCHCLOUDCOMPUTING.TECHTARGET.COM]

CONNECTED CARE: Epic To Open Its EHR System To Customers For App Development. Epic Systems is in the midst of launching an app store that will allow third-party companies to develop products in tandem with its EHR system, which is the most commonly used across hospitals and physician practices. Read more
[MEDCITYNEWS.COM]

CIOs: The Top 10 Strategic CIO Issues For 2015. Throughout 2014, the CIO profession was subjected to a baffling series of apocalyptic forecasts and dire predictions that have proven to be laughably wrong. Where did all these distortions and misperceptions about the stewards of IT strategy and execution come from? Read more
[FORBES.COM]

CLOUD COMPUTING: How a Hybrid IT Cloud Service Helped Findly Reach New Heights. Since 2002, when Amazon Web Services (AWS) initiated its suite of cloud-based solutions, the real-time cloud environment including managed services has become a worldwide phenomenon. It’s so widely implemented, in fact, that The Channel Company publishes an exclusive list of the top 500 managed service providers every year. Read more
[CIO.COM]

SECURITY AWARENESS: Millennials Becoming Known As Generation Leaky. Millennials, by some accounts, have plenty of tech savvy but not much when it comes to security. What should your organization do about that? Read more
[CSOONLINE.COM]

IRS.GOV: IRS Welcomes Jump in Taxpayers Using Its Website. The Internal Revenue Service announced that visitors to the website IRS.gov have risen by 20 percent over last year’s rate, and that the percentage of taxpayers filing electronic returns climbed to 96 percent.
Read more
[GOVEXEC.COM]

WEBSITE DEVELOPMENT: What’s the Best Programming Language to Learn in 2015? Few developers have the luxury (or tedium?) of working with a single technology. Read more
[SITEPOINT.COM]