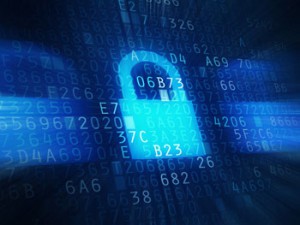 ATTACKS/BREACHES: ZeroAccess Click-Fraud Botnet Back In Action Again. After six months of silence, the ZeroAccess botnet — aka Sirefet — is back in action. Fortunately, it’s operating at a smaller scale than it was a couple years ago. Read more
[DARKREADING.COM]

COMPUTER SECURITY: NIST Security Guide Walks Organizations Through the Mobile App Security Vetting Process. A new publication from the National Institute of Standards and Technology (NIST) provides guidance for organizations to improve security as employees move to mobile devices such as phones and tablets for their work and their applications (“mobile apps”). Smart phone and tablet users have access to a great number of installable programs (“mobile apps”) that are designed to make their lives easier, but an employee who downloads an unsafe app may unwittingly expose the organization’s computer network to security and privacy risks. Read more [NIST.GOV]

CLOUD: Amazon Web Services Is Building An SDK For The Go Programming Language. Amazon Web Services has built a lot of credibility among developers over the years by providing more and more tools to speed up application development on its public cloud. Today Amazon announced its latest initiative in that vein — a plan to release a software development kit (SDK) for a growing programming language called Go. Read more
[VENTUREBEAT.COM]

VB.NET: 14 Top Improvements in Visual Basic 14. Visual Basic 14 is the newest version of Visual Basic, and it will ship as part of Visual Studio 2015. This version has been rewritten from scratch in about 1.3 million lines of VB code—earlier versions were actually written in C++. Read more
[MSDN.MICROSOFT.COM]

ALERT: FCC Issues Tough Warning Against WiFi Blocking. The Federal Communications Commission has issued a warning that intentional blockage of personal WiFi hotspots was illegal and would be subject to enforcement. The FCC has noticed a “disturbing trend” among hotels and other commercial establishments of blocking consumers’ personal WiFi hotspots on their premises, its advisory notes. Read more
[ECOMMERCETIMES.COM]

INTERNET: BroadbandUSA Makes Its Debut. During a kickoff call, BroadbandUSA representatives elaborated on the initiative’s main objectives as well as the resources that will be offered to state and local governments seeking to spur economic development and empower their residents, school districts and small businesses through the adoption of broadband services. Read more
[STATETECHMAGAZINE.COM]