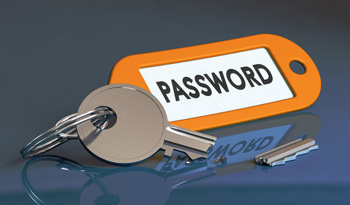 MALWARE: New Tool Fights Powerful Malware That Holds Your Data Hostage. Encryption is a great way to keep your files safe — but what if it’s used against you? That’s exactly what ransomware, an increasingly prevalent type of malware, does. While you might normally encrypt your data to keep bad actors out, ransomware encrypts it without your approval, which prevents you from accessing it — and the ransomware is a doozy to get rid of. Read more
[HUFFINGTONPOST.COM]

TALENT POOL: Lack Of Skilled Infosec Pros Creates High-Risk Environments. 82 percent of organizations expect to be attacked in 2015, but they are relying on a talent pool they view as largely unqualified and unable to handle complex threats or understand their business. Read more
[NET-SECURITY.ORG]

RANSOMWARE: Errors Like Email Fails Cause 30 Percent of Data Breaches, Verizon Says. Email fails are common, but for companies, they can be expensive and dangerous mistakes. The single biggest cause of data breaches in 2014 was “miscellaneous errors,” like a staffer emailing sensitive information to the wrong email address, according to Verizon’s annual Data Breach Investigations Report Read more
[NBCNEWS.COM]

CALIFORNIA: A Digital Service for California? The White House is busy recruiting talent from Silicon Valley’s most recognizable technology companies to create the U.S. Digital Service (USDS), with the goal of reshaping how the federal government operates and delivers services to the nation’s citizens. Maury Blackman, the CEO of Accela, a provider of cloud-based civic engagement solutions for government, argues on TechCrunch that it’s time for state governments, most notably California’s, to borrow that idea. Read more
[STATETECHMAGAZINE.COM]

DATA STANDARDS: Obtaining Value From DATA Act – Follow The Money. the Treasury Department and the Office of Management and Budget plan to announce governmentwide data standards for all existing federal spending reports, including common data elements and common data formats. Agencies must begin reporting under those standards in May 2017. Read more
[FEDSCOOP.COM]

FEDERAL TECH: Simplicity, Scalability, Efficiency: The Hyper-Converged Infrastructure. The past decade has brought a new era to government — and more importantly, to government information technology. Organizations, in the face of fewer resources and more budget cuts, have looked to transform their IT departments into efficient, flexible enterprises that can respond faster to the needs of policymakers, organizations and constituents while reducing IT infrastructure and operating costs. Read more
[GOVLOOP.COM]

FYI: Federal & State CTOs CIOs CISOs: Daily Tech Update – May 28, 2015
Tagged on: Blue Mountain Data Systems    how simplicity scalability efficiency is the hyper-converged infrastructure    how to obtain value from DATA Act    Paul Vesely    what are data security breaches    what is the new tool that fights powerful malware that holds your data hostage    why errors like email fails cause 30 percent of data breaches