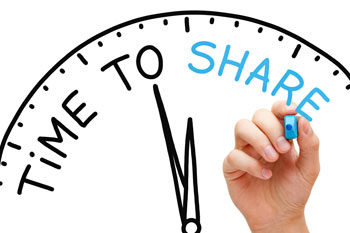 INFORMATION SHARING: Cyber Strategy: We Know What To Do, Now We Need People To Do It. Although federal cybersecurity officials say things look promising in defending against threats to critical infrastructure, they also warn the cyberworld’s mutability remains a constant challenge for defenders. Read more
[FCW.COM]

PRIVACY: Tech Companies Call on US To End Bulk Collection Of Metadata. An open letter from the tech industry and privacy organizations urges the government to not renew the provision in the Patriot Act that allows for the bulk collection of metadata. That provision, called Section 215, expires in June. Read more
[CSOONLINE.COM]

DEFENSE: How Will FITARA Affect Federal Mobility? One of the expected benefits of the Federal Information Technology Acquisition Reform Act (FITARA), which Congress passed in December, is that agencies will have better visibility into their IT costs and greater traction in adopting common solutions that boost efficiencies. Read more
[FEDTECHMAGAZINE.COM]

C-SUITE TRAITS: Secrets Of C-Suite Style. How many ambidextrous CEOs do you know who part their hair down the middle, ride a bike to work while carrying a sack lunch in their back pack, park the bike and don a pair of shorts for the workday, and find time in a 50-hour work week to exercise four or more times? Read more
[BENEFITSPRO.COM]

SECURITY SURVEY: 75% Of Firms Would Take Hours Or Longer To Spot Breach. Although 68 percent of companies said they are prepared for a breach, 75 percent estimated it would take hours, days, or weeks for them to notice that one had occurred, according to a new survey. Read more
[CSOONLINE.COM]

FYI: Federal & State CTOs CIOs CISOs: Daily Tech Update – May 4, 2015
Tagged on: Blue Mountain Data Systems    David Recordon Director of White House Information Technology    how many hours on average does it take an organization to spot a data breach    how will FITARA affect federal mobility    Paul Vesely    Samsung commits to The Business Segment At CeBIT 2015 With IoT Solutions    what is the Data Security and Breach Notification Act of 2015    why cyberworld mutability constant challenge to defend    why should the government end bulk collection of metadata