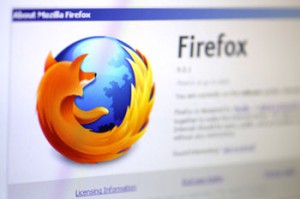 FIREFOX DEVELOPER EDITION: Built for those who build the Web. Introducing the only browser made for developers. You can inspect and debug an app across any browser or device with Valence — a powerful, pre-installed extension that you’ll only find in Firefox Developer Edition. Read more
[MOZILLA.ORG]

HOW-TO: Run Windows and OS X programs directly from the Chrome web browser. Google launches a new
extension for Chrome that lets you open files from Google Drive directly into a compatible application installed on your computer. This includes apps like advanced image and video editing software, accounting and tax programs, or 3D animation and design tools. Read more
[BETANEWS.COM]

FCC: Obama’s call for an open Internet puts him at odds with regulators. Hours after President Obama called for the Federal Communications Commission to pass tougher regulations on high-speed Internet providers, the agency’s Democratic chairman told a group of business executives that he was moving in a different direction. Read more
[WASHINGTONPOST.COM]

DEPARTMENT OF COMMERCE: Commerce Dept./VA team up to reimburse vets for licensing testing. Veterans who require tests for licenses and certification, for qualifying real estate and insurance occupations, are now being reimbursed by the Commerce Department. Read more
[NORTHLANDNEWSCENTER.COM]

DEPARTMENT OF LABOR: ‘Capital Workforce Partners’ has received a $ 6.7 million grant from the feds to help retrain out-of-work LPN’s, RN’s and help healthcare IT techicians update their knowledge of the fast changing field and get back to work. Read more
[WTNH.COM]

NoSQL & THE CIO: The Weather Company CIO Bryson Koehler sorts out the traits of MongoDB, Riak, and Cassandra. Best of all, he says, ‘NoSQL doesn’t lock you in.’ Read more
[INFORMATIONWEEK.COM]

MICROSOFT: We shall set you FREE across ALL PLATFORMS. Microsoft, fixin’ to broaden the appeal of its .Net software development platform, has committed to delivering a new version of the toolset that is not only language agnostic but also cross-platform and entirely open source. Read more
[THE REGIS TER.CO.UK]