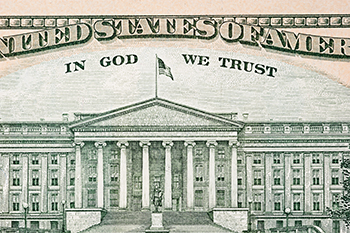 FEDERAL CIO: More than 10,000 Openings for Cyber Pros in the Federal Government. After a 30-day, governmentwide “sprint” this summer to shore up federal agencies’ cybersecurity posture, the federal chief information officer is turning to broader challenges, such as recruiting technology talent, he said on Tuesday. During a keynote at a FedScoop conference in Washington, D.C., Tony Scott outlined his IT priorities for the next year, which included attempting to fill more than 10,000 estimated openings for cyber professionals in the federal government, and encouraging agencies to share technology platforms, instead of individualizing them. Read more
[NEXTGOV.COM]

ELECTIONS: Could National Security Make 2016 Tougher for Women Candidates? As national security becomes a bigger issue in the wake of the attacks in Paris, some Democratic strategists worry the issue could cause troubles for their Senate candidates in 2016 — and women candidates in particular. Polling shows voters generally view Republicans stronger on national security issues than Democrats. But some Democratic strategists and pollsters add the issue is especially challenging for women, who do better at the ballot box when the economy and social issues are at the top of voters’ minds. Read more
[ATR.ROLLCALL.COM]

SECURITY: U.S. Government Wants in on the Public Cloud, but Needs More Transparency. The federal government is trying to move more into the cloud, but service providers’ lack of transparency is harming adoption, according to Arlette Hart, the FBI’s chief information security officer. “There’s a big piece of cloud that’s the ‘trust me’ model of cloud computing,” she said during an on-stage interview at the Structure conference in San Francisco on Wednesday. Read more
[COMPUTERWORLD.COM]

GSA: GSA.gov Refreshed with Eye Toward Mobile Users. GSA unveiled a refreshed GSA.gov website yesterday with a more crisp design layout, improved usability, and features geared more toward mobile users. “Our ultimate goal for the refresh was to continue our work to get important government information into the hands of users–no matter how or where they’re accessing the information,” said Sarah Bryant, Director of GSA’s Enterprise Web Management Team within the Office of Communications and Marketing. “With the focus on mobile users, the refreshed GSA.gov is another step toward anticipating the future needs of our customer agencies to make smarter, more strategic decisions that provide better value to our stakeholders.” Read more
[DIGITALGOV.GOV]

JAVASCRIPT: I Turned Off JavaScript for a Whole Week and It Was Glorious. There’s another web out there, a better web hiding just below the surface of the one we surf from our phones and tablets and laptops every day. A web with no ads, no endlessly scrolling pages, and no annoying modal windows begging you to share the site on social media or sign up for a newsletter. The best part is that you don’t need a special browser extension
or an invite-only app to access this alternate reality. All you need to do is change one little setting in your browser of choice. Just un-tick the checkbox that enables “JavaScript” and away you go, to a simpler, cleaner web. Read more
[WIRED.COM]

HTML5: On The Rise: No Longer Ahead Of Its Time. It’s the one-year anniversary of the World Wide Web Consortium (W3C) declaring the HTML5 standard complete, a significant milestone in the history of the Internet and web application development. In this past year, HTML5 adoption has gone into overdrive, with more and more companies moving to HTML5 to deliver rich cross-platform web applications. The most recent examples include Amazon, Facebook, Google and YouTube, which transitioned from Adobe’s Flash to HTML5. Why is that? And why now?. Read more
[TECHCRUNCH.COM]