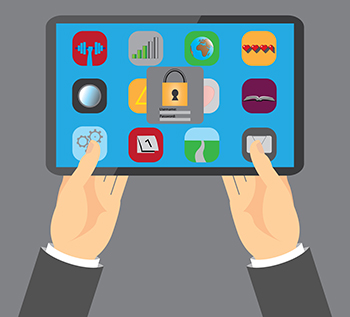 FTC: Shuts Down Phony Apple, Microsoft, Google Tech Support Scammers. While consumers are much more tech-savvy today than we were during the days of Windows 3.1 and baud modems, there are still a lot of people whose tech-insecurity makes them potential prey for bogus tech support businesses that make money by convincing victims their computers are infected with viruses. The Federal Trade Commission — along with the attorneys general for Pennsylvania and Connecticut — announced it had shut down several tech support scammers that bilked consumers for more than $17 million. Read more
[CONSUMERIST.COM]

NETWORKS: Best Practices are Moving Targets. The sheer magnitude and complexity of federal networks make cybersecurity one of the government’s biggest challenges. To tackle cybersecurity, agencies increasingly are engaging each other and sharing best practices, but it has to be an ongoing conversation that evolves along with the practices themselves, experts say. Read more
[FEDERALTIMES.COM]

JUSTICE: Feds Lack Method to Grade Critical Infrastructure Cybersecurity. Most federal agencies overseeing the security of America’s critical infrastructure still lack formal methods for determining whether those essential networks are protected from hackers, according to a new government report. Of the 15 critical infrastructure industries examined in the Government Accountability Office (GAO) report — including banking, finance energy and telecommunications – 12 were overseen by agencies that didn’t have proper cybersecurity metrics. Read more
[SACBEE.COM]

DHS: 4 Ways DHS is Being ‘Aggressive’ on Cybersecurity. Cybersecurity is a top priority for the Department of Homeland Security — the agency charged with protecting the .gov and .mil domains and coordinating breach response for the private and public sector. With little more than a year left for the Obama Administration, it is also a top priority for DHS Secretary Jeh Johnson, on par with the agency’s counterterrorism mission. Read more
[FEDERALTIMES.COM]

MOBILE SECURITY: New Security Study: Consumers Fearful Of Mobile Shopping. 29 Percent of Consumers Do Not Know When Personal Information Has Been Accessed Without Consent, According to Study from Blancco Technology Group. Read more
[DARKREADING.COM]

TRAINING: Six Lessons From Cybersecurity Superhero Training. According to a 2014 report from IBM, 95 percent of IT security breaches are caused by human error. And it gets worse. You may also be shocked to learn “123456” is the most common password on the Internet, closely followed by “password,” according to SplashData’s annual list of 25 most common passwords. Why? The answer seems simple: The majority of the population does not receive cybersecurity training in any form. Read more
[TECHCRUNCH.COM]

RISK ASSESSMENT: 7 Keys to Better Risk Assessment. The No. 1 problem with computer security is poor root-cause analysis, where security pros fail to identify and track the ways an environment was exploited, be it malware or human attack. When bad guys penetrate a network, too many defenders worry about what they stole rather than how they broke in. Focus on causes! Here’s how. Read more
[INFOWORLD.COM]

BLUE MOUNTAIN DATA SYSTEMS BLOG POSTS YOU MAY HAVE MISSED:

18 Ways to Secure Your Electronic Documents