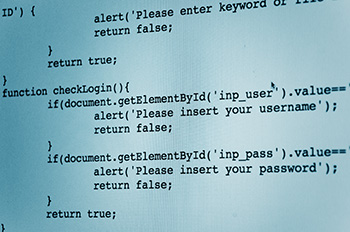 JAVASCRIPT: Move over, Linux — JavaScript-powered NodeOS 1.0 approaches. NodeOS lowers the bar for developers using a base foundation of JavaScript, Node.js, and Npm. NodeOS is a small-footprint Linux distribution that uses only the Linux kernel, with the Node.js engine and Npm on top as a userland component. All software is provided via Npm packages or the Vagga container engine, though there’s talk of enabling support for Docker. Using Node and Npm for development lowers the barrier of entry for programmers, since JavaScript is arguably faster and easier to work with than C. Plus, the wealth of libraries in Npm — 200,000 packages — simplifies the reuse of third-party code. Read more
[INFOWORLD.COM]

PHISHING: 10 Reasons Why Phishing Attacks Are Nastier Than Ever. Spearphishing is a targeted approach to phishing that is proving nefariously effective, even against the most seasoned security pros. Why? Because they are crafted by thoughtful professionals who seem to know your business, your current projects, your
interests. They don’t tip their hand by trying to sell you anything or claiming to have money to give away. In fact, today’s spearphishing attempts have far more sinister goals than simple financial theft. Read more
[INFOWORLD.COM]

SCRUD TUTORIAL: Creating a SCRUD System Using jQuery, JSON and DataTables. Every non trivial software allows to manipulate data, generally stored in a database. The acronym SCRUD refers to the basic manipulation functions that the user needs to work with the available data: Search, Create, Read, Update and Delete. Learn how to create a web application which empowers the user to search a database and fully manage its content. The system is based on jQuery, JSON, and the popular DataTables and jQuery Validation plugins. Read more
[SITEPOINT.COM]

STATE CIOs: Push Accessibility and User Experience Standards. Nearly one in five citizens need some kind of accommodation when accessing digital government services – and ensuring that every citizen has equal access to those services is the focus behind a new guidelines initiative of the National Association of State CIOs (NASCIO) calling for increased understanding and use of accessibility standards. Read more
[GOVTECHWORKS.COM]

FEDERAL CISOs: The US Government Wants In On the Public Cloud, but Needs More Transparency. The U.S. federal government is trying to move more into the cloud, but service providers’ lack of transparency is harming adoption, according to Arlette Hart, the FBI’s chief information security officer. Read more
[CIO.COM]

BLUE MOUNTAIN DATA SYSTEMS BLOG POSTS YOU MAY HAVE MISSED:

18 Ways to Secure Your Electronic Documents