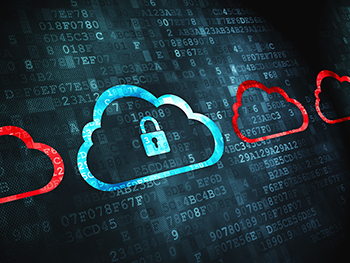 PUBLIC SECTOR: FedRAMP and the future of public-sector cloud security. The cloud allows federal agencies to process data faster, store it more efficiently, and access it on demand. But, historically, cloud adoption in government has proven difficult. Today, FedRAMP — the Federal Risk and Authorization Management Program — governs that process, and Silicon Valley companies want to pitch in. Read more
[WJLA.COM]

SECURITY TIPS: Security Tips For Federal Agencies When Moving To The Cloud. The federal government is moving more of its IT infrastructure to the cloud as it looks for ways to cut costs and increase agility. But any migration to the cloud raises cyber security concerns. The process of moving data, applications and workloads off-premises can backfire if it’s rushed, poorly implemented or built on a foundation of weak security. Read more
[FORBES.COM]

SECURITY: Are States Slacking on Cybersecurity? A recent audit finds California’s efforts are woefully inadequate. And that’s the good news. Hackers in the past year have broken into computer systems at the White House, the State Department, the Pentagon, the Internal Revenue Service and the Office of Personnel Management. The carnage doesn’t stop at the federal level, either. Both South Carolina and Utah were victims in 2012 of major data breaches that compromised personal data stored on government computers. But if you think that these increasingly frequent and expensive breaches, hacks and data leaks have led to the public sector being more prepared, you would be wrong. Public-sector technology is more vulnerable than ever. Read more
[GOVTECH.COM]

ATTACKS/BREACHES: Kicking Off A New Era For Policing Cybersecurity. In the wake of FTC v. Wyndham, government agencies are becoming more aggressive about protecting corporate data and customer privacy. But the new rules are very much a work in progress. Read more
[DARKREADING.COM]

HP SPLIT: What The HP Split Means For Cybersecurity. HP surprised analysts and end-users a couple of weeks ago when they announced that Trend Micro – a leading malware and anti-virus vendor – would be buying HP’s TippingPoint security unit for $300 million. HP TippingPoint is a hot network security product lineup which includes the Threat Protection System (TPS), Next-Generation Intrusion Prevention System (IPS) and Next-Generation Firewall (NGFW). What’s going on here? Is HP Enterprise throwing its cybersecurity business under the bus just as the new brand is launched? If the new company is betting big on helping companies to protect their digital enterprises, then network security is a fundamental part of the solution… not to mention a huge market opportunity. Read more
[FORBES.COM]