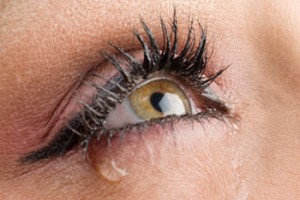 CRYING FOR SECURITY: Tracks of our tears could hold key to cyber security. Tears can expose our most private emotions but could they also secure our most private information online? Stephen Mason, an Australian optometrist, has discovered a new way to use scans of people’s tears as passwords which he calls “the world’s first one-time biometric pin”. Read more
[FT.COM]

NEW NIST DRAFT: The National Institute of Standards and Technology released a draft of SP-800-125 A, Security Recommendations for Hypervisor Deployment, for public comment. Because of widespread growth in server virtualization for hosting enterprise applications and providing cloud services, recommendations for secure deployment of hypervisor platforms are needed, the standards agency said. Read more
[GCN.COM]

CMS BREACHES: CMS plug-ins put sites at risk. Whether it be WordPress, Joomla, or Drupal, these platforms have all been subject to some high-profile flaws and hacks of late, with most of them coming, not from their core code, but from the third-party plug-ins that most administrators use to extend the customization of their sites. Read more
[DARKREADING.COM]

MASSACHUSETTS: A New Smart City Cloud Platform in Boston. The project is a collaborative effort to develop cloud-based smart city services that will improve quality of life for Boston residents. Read more
[STATETECHMAGAZINE.COM]

SAN ANTONIO, TEXAS: NSA chief announces 1,000 new jobs for San Antonio. The director of the National Security Agency said that San Antonio could expect as many as 1,000 additional personnel working on the Defense Department’s ongoing cybersecurity mission over the next three years. Read more
[MYSANANTONIO.COM]

JAVASCRIPT: ECMAScript 6 returns JavaScript to original intent. The TC39 committee at EMCA International, responsible for developing the ECMAScript specification that provides the basis for JavaScript, is working on parallel versions of ECMAScript — versions 6 and 7. Read more
[INFOWORLD.COM]

HTML5: What is important to learn when deploying a single app platform in HTML5. One app platform or many, the choice is yours, but this IT team saved a large amount of time and avoided considerable frustration by eliminating the silo effect of multiple app versions that could not interact. Read more
[SDTIMES.COM]

SASS: Sass is a mature, stable, and powerful professional grade CSS extension language. There are an endless number of frameworks built with Sass. Compass, Bourbon, and Susy just to name a few. Read more
[SASS-LANG.COM]

START-UP CTO: Everyone needs mentors. But as a startup CTO, it can be hard to find other qualified entrepreneurs who have faced similar challenges. Here are six places a startup CTO can find mentors. Read more
[READWRITE.COM]

THE RETURN OF THE CIO: Why the tech chief is back in favour with the CEO. Despite the rise of roles like the Chief Digital Officer almost half of all CIOs now find themselves directly reporting to the CEO – a return to “one of the highest levels it has every been”, according to analysts. Read more
[ZDNET.COM]

THE CISO ROLE: Has the CISO role changed under the spotlight? The chief information security officer (CISO) role is gaining recognition through notoriety. The limelight, once again, follows a string of high-profile data breaches at major corporations, drawing scrutiny of the inner workings of victims’ information security programs. Read more
[SEARCHSECURITY.TECHTARGET.COM]

ELECTRONIC DOCUMENT MANAGEMENT: Does your Federal Agency need to move toward a paperless office, the ability to attach documents to records within existing database applications? Blue Mountain Data Systems staff possess decades of document management experience. Call Paul Vesely at 703-502-3416 to discuss how to design and implement the electronic document management applications you need.