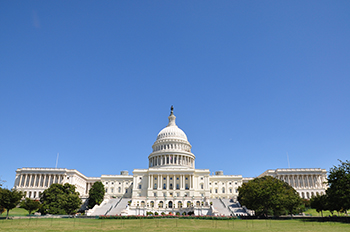 GOVT CONTRACTS: Why Federal CIO Tony Scott Hates The End-Of-Year IT Spending Spree. The end-of-the-year spending spree — in which agencies cram contract spending into the last quarter of the fiscal year — is a time-honored tradition in government contracting. And Tony Scott, one of the Obama administration’s top tech officials, hates it. Read more
[NEXTGOV.COM]

BUSINESS PROCESS MANAGEMENT: Want Faster Deployments? Shift Left. The office of the CIO exists to enable the business to do business! That mission is achieved through the design, delivery and operation of the innovative systems and solutions that each business requires. The challenge CIOs face is keeping up with exponentially increasing demands and the business expectation to deliver solutions fast, at a lower cost and with higher quality. You’re already doing all you can, right? Read more
[CIO.COM]

TECH TRENDS: Pentagon Is Funding New High-Tech Venture. Defense Secretary Ash Carter [announced that] the Pentagon is funding a new venture to develop cutting-edge electronics and sensors that can flex and stretch and could be built into clothing or the skins of ships and aircraft. The high-tech investment could lead to wearable health monitors that could be built into military uniforms or used to assist the elderly. Read more
[CIO-TODAY.COM]

DEPT OF THE NAVY: New CIO Brings Acquisition Focus. The Navy earlier this summer installed a new Navy CIO, a year after the last permanent leader in the job was promoted to Defense Department CIO. Rob Foster arrived at the Navy Department in mid-June, with near-term plans to focus on employee productivity, including mobility, cybersecurity, and using business analytics to drive decision-making within the service. Read more
[C4ISRNET.COM]

POWERSHELL: Why You Will Never Go Back to Cmd.exe Batch Files. Scripts have a long history on the Windows OS platform. In Cmd.exe most people call them batch files, but they are scripts nonetheless. The command-line parsing rules that Cmd.exe uses mean that some commands you enter on a Cmd.exe command line behave differently than when you put the same commands in a batch file. Read more
[WINDOWSITPRO.COM]

NEW CODING TOOLS: Eve Aims To Change The Way Programming Works. There’s been a tremendous amount of focus on teaching the world to code in the last couple of years, but Eve—out in public for the first time this week—takes a different approach. Rather than turning us all into computer programmers, it wants to change what programming is and create “a better way for us to interact with computers.” Read more
[READWRITE.COM]

PROGRAMMING AND PREJUDICE: Computer Scientists Discover How To Find Bias In Algorithm. Software may appear to operate without bias because it strictly uses computer code to reach conclusions. That’s why many companies use algorithms to help weed out job applicants when hiring for a new position. Read more
[PHYS.ORG]

GALLUP NEWS: Standardized Tests May Be Holding Back The Next Generation Of Computer Programmers. s computer science as important as English, history or math? Most parents, teachers and students in schools today would say yes, according to a study recently released by Google and Gallup. Read more
[WASHINGTONPOST.COM]